The radical and painful restructuring of Germany’s Deutsche Bank, which is cutting 18,000 jobs, is the end of a long, failed attempt to compete with the global investment banking giants that left it overextended. 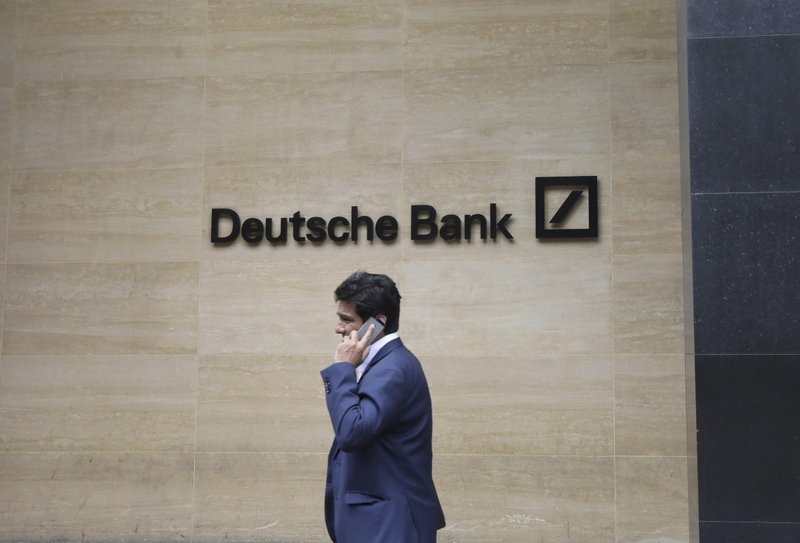 The bank plan unveiled Sunday aims to go “back to our roots” by refocusing on traditional strengths like serving corporate customers and wealthy individuals and cutting down on its stock-trading business and fixed-income investments.

Investors gave a wary response on Monday, with shares in Germany’s biggest bank down 5% at 6.82 euros ($7.68) in Frankfurt after opening higher.

CEO Christian Sewing said the job cuts have already begun and will last until 2022, though he wouldn’t give a geographical breakdown.

Deutsche Bank had nearly 91,500 employees at the end of March, about 41,600 of them in Germany. Many of its investment banking activities are carried out in New York and London.

“This is a rebuilding which, in a way, also takes us back to our roots,” Sewing said in a message to staff.

Analysts say the overhaul is the bank’s long-needed reckoning with the failure of its expansion plan.

Deutsche Bank’s expansion in investment banking dates back to 1989, when it took over Morgan Grenfell, and the 1999 takeover of Bankers Trust. The division helped drive strong profits in the 2000s and was part of an ambition to become one of the global banking giants, like JPMorgan or HSBC.

But the expansion, and the global financial crisis around 2008, also helped generate its subsequent problems.

Deutsche Bank wrestled for years with high costs, weak profits, and a low share price. It also paid billions in fines and settlements related to behavior before and after the global financial crisis.

The bad headlines continued this year when two U.S. congressional committees subpoenaed Deutsche Bank documents as part their investigations into President Donald Trump and his company. Deutsche Bank was one of the few banks willing to lend to Trump after a series of corporate bankruptcies and defaults starting in the early 1990s.

The Frankfurt-based bank went three straight years without an annual profit before earning 341 million euros for 2018. Sewing took over last year, promising faster restructuring after predecessor John Cryan was perceived to have moved too slowly.

“We tried to compete in nearly every area of the banking market at the same time,” Sewing told investors on Monday. “We simply spread ourselves too thin.”

Earlier this year, the bank entered talks to merge with German rival Commerzbank, which had also been ailing since the global financial crisis. But the talks failed in April amid concerns that a merger would be too complicated and costly.

That left open the question of what strategy Deutsche Bank could pursue to make its business leaner and more profitable.

Previous shake-up attempts have been “too little, too late,” said Neil Wilson, an analyst for Markets.com in London.

“Now it’s the right medicine, it just should have been taken a few years ago,” Wilson said, adding that some questions remain about how the bank aims to grow revenues once it has restructured.

Philip Augar, a British-based banking expert and former equities broker, told the BBC that Deutsche Bank was embarking on a spectacular reversal of the strategy that began with the 1999 Bankers Trust acquisition.

“Their ambition was to challenge the Wall Street giants. And for about decade, it looked as though they’d pulled it off,” he said, with the bank “a serious player on Wall Street and in the City” in the 2000s.

But things went wrong in the financial crisis as Deutsche Bank cut slowly and modestly while others “retreated radically and drastically, and more or less, instantly,” he added.

“They’ve been limping along for the last few years and I suppose this day had to come,” he said.