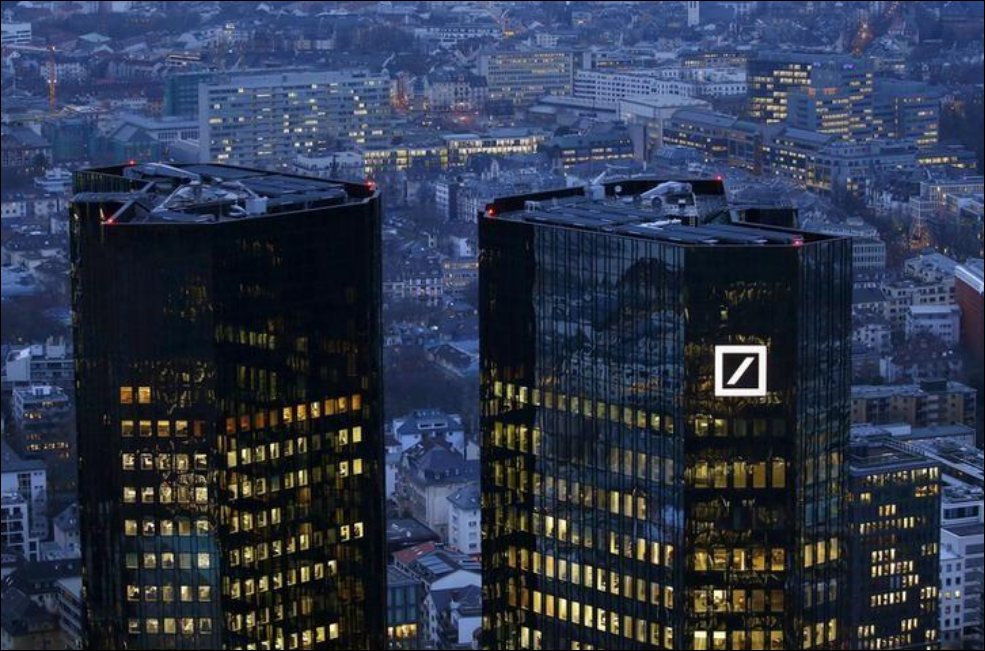 Deutsche Bank AG will face another challenge this month when the Federal Reserve publishes the results of a “stress test” on the bulk of its US operations for the first time.

Germany’s largest lender is already facing challenges with US bank regulators and in financial markets, with its stock price falling to historic lows on Thursday. Standard & Poor’s downgraded its credit rating to BBB+ from A- on Friday.

The downgrade came after reports earlier in the week that the Fed designated one of Deutsche Bank’s US businesses as “troubled” last year, something a person with knowledge of the matter confirmed to Reuters on Friday.

The Fed’s stress test results, expected to be released sometime this month, will be the next big public barometer of Deutsche Bank’s financial strength.

It could be difficult for a bank with a subsidiary on the “troubled” list to pass the scenarios, according to a person familiar with the tests who was not authorized to speak publicly. That is because the capital, liquidity and risk management failures that would land a bank on the list are similar to those that lead banks to flunk the stress test, the person said.

The Fed has been examining how the biggest US banks would handle a range of adverse economic and market scenarios since 2009, requiring many to shore up their capital buffers and risk management controls.

But this is the first year it will publicly release results of six foreign lenders, including Deutsche Bank, after requiring them to create consolidated US holding companies with ring-fenced capital. The Fed tested those new entities last year in a trial run, the results of which are confidential.

Additionally, many of the foreign holding companies are relatively new and have had little time to get systems and processes in place to handle the tests, the person familiar with the tests said.

On Friday, Deutsche Bank Chief Executive Officer Christian Sewing said the bank had been working to “strengthen our internal control environment and infrastructure and to address concerns that have been identified both internally and by our regulators.”

This year’s scenarios are the toughest to date because the Fed raises the bar when the broader economic environment improves, with more extreme assumptions around unemployment rates for 2018. Reuters reported in April that the new tax code could also exacerbate the capital hit in the tests.

In previous years, the Fed has publicly stress-tested Deutsche Bank Trust Corp, a subsidiary that includes its US transaction bank and wealth management business.

That unit passed last year but failed in 2016 due to "material unresolved supervisory issues that critically undermine its capital planning process," the Fed, the bank's primary US regulator, said.

This year’s results will cover DB USA Corp, the holding company of around $133 billion in assets, according to Deutsche Bank’s March filings. This includes all of Deutsche Bank’s non-branch US assets, including its mortgage lending and debt financing subsidiary, and its sizable Wall Street broker-dealer trading business.

That business is due to shrink as the bank slashes 7,000 jobs from its global workforce, particularly in trading, which has been a drag on its profits in recent years.

Deutsche Bank, like many of its foreign peers, has been building up its US holding company’s internal capital buffer. Its common equity tier 1 capital has hovered at around 16 percent over the past six months - a strong ratio relative to peers, according to public data.

This year’s foreign bank holding company test involves both a quantitative and a qualitative assessment, giving the Fed broad powers to flunk a bank for control or risk management failures, even if it proves to be well-capitalized.

Failing the test on a qualitative basis is not uncommon for banks taking the test for the first or second time, and it was the basis for the Fed flunking Deutsche Bank’s Trust subsidiary in 2016.

While failing the US stress test would not affect Deutshe Bank’s ability to pay dividends to shareholders, the Fed does have the power to force repeat offenders to restructure their businesses and remove board members.