Deutsche Bank 'on track' for 1st full-year profit since 2014

Deutsche Bank's net profit fell 65 percent in the third quarter but CEO Christian Sewing said the bank made progress cutting costs and would show its first full-year profit since 2014. 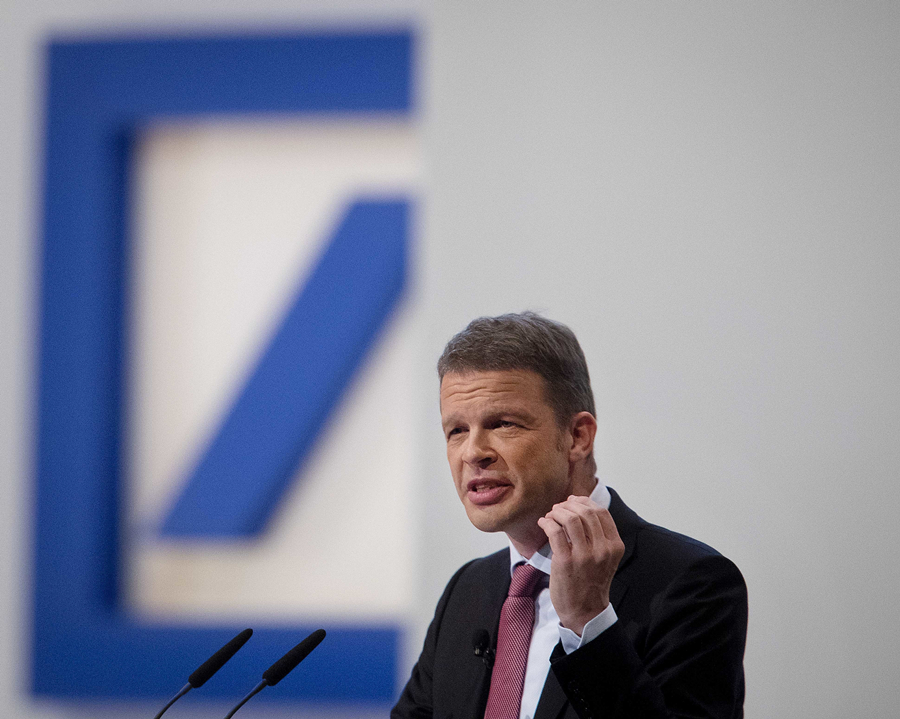 New CEO of Deutsche Bank Christian Sewing speaks at the annual meeting of the bank in Frankfurt, Germany, Thursday, May 24, 2018. (File photo: AP)

Profit decreased to 229 million euros ($262 million) from 649 million euros in the same quarter a year ago, as income from trading stocks and bonds fell 15 percent amid lower client activity. Revenue dropped 9 percent, to 6.175 billion euros.

Sewing said in a statement Wednesday that "this result is another milestone on our way to becoming a sustainably profitable bank" and said the bank was "on track" to turn in a full-year profit.

Deutsche Bank has struggled with weak earnings and costs from regulatory and legal fines, settlements and penalties, losing money for three straight calendar years. The bank replaced CEO John Cryan with Sewing in April amid promises to move faster to cut costs and focus the bank's activities more on its European base rather than compete with U.S. financial institutions on Wall Street.

It has been shedding riskier holdings and lines of businesses it no longer sees as long-term prospects.

Adjusted costs fell 1 percent to 5.5 billion euros, as reductions in professional services and other spending to outside entities more than offset higher spending at the bank's retail banking division, where it is integrating its private and commercial banking business with its Postbank retail banking business. Management expects to save 900 million euros by 2022 by combining the head office and infrastructure.