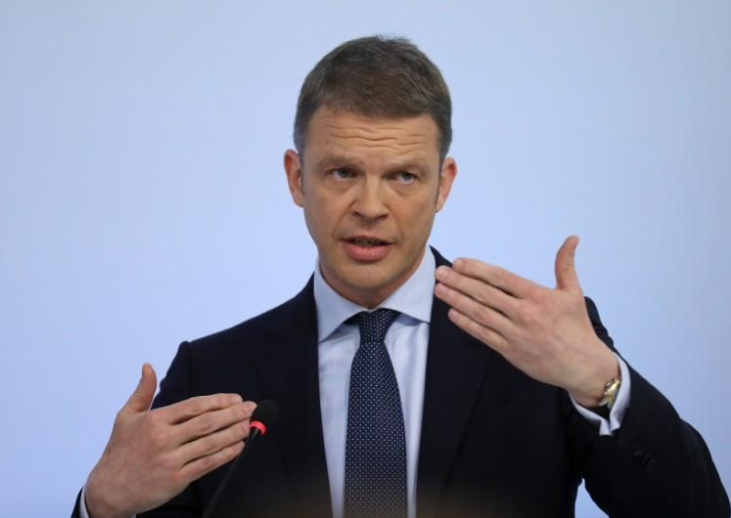 Christian Sewing must quickly come up with a coherent strategy for Deutsche Bank after the retail banking veteran was promoted to chief executive of Germany’s largest lender.

Sewing, 47, was appointed late on Sunday after a crisis meeting to discuss how to end three years of losses. He replaces Briton John Cryan who failed to meet cost targets, and his elevation could signal a retreat from decades of investment banking expansion.

Sewing, who has been with Deutsche Bank since 1989, said Deutsche would pull back from areas where it was not sufficiently profitable.

He said he would analyze how Deutsche Bank wants to position its investment bank in a difficult market environment but left open what structural measures he could take.

Analysts and investors swiftly demanded clarity over where growth would come from.

“What matters, and in our view Deutsche Bank has been missing for several years now, is a clearly defined strategy,” JP Morgan analyst Kian Abouhossein said on Monday.

“Deutsche Bank’s problem is not the CEO, as speculated by the press, but different stakeholders with different interests, with little evidence of commitment to changing the organization in the interests of the owners: shareholders and creditors.”

The bank’s largest investors are Qatar’s royal family, Chinese conglomerate HNA, US asset manager BlackRock and private equity fund Cerberus. Together they own about a third of Germany’s largest bank, which employs more than 97,000 people.

In a letter to employees on the bank’s website, Sewing said that Deutsche needs to regain its “hunger for business” and set the bar for revenues higher in all businesses.

“The priority is to leverage our strengths and to allocate our investments accordingly. And at the same time we will look to free up capacity for growth by pulling back from those areas where we are not sufficiently profitable,” he said.

At the same time, its 2018 target for adjusted costs of no more than 23 billion euros ($28 billion) is non-negotiable, Sewing said.

“Setbacks like in the fourth quarter of 2017 are not to be repeated under any circumstances,” he said.

In the last three months of 2017, Deutsche Bank’s net loss had widened to 2.2 billion euros from 1.9 billion a year earlier as revenue slumped 19 percent, fanning shareholders’ discontent with a lack of clear progress in turning the bank around.

Analysts at Credit Suisse cut their price target on Deutsche Bank’s stock to 13 euros from 15 euros amid uncertainty over the lender’s future strategy and warned that it would be difficult to cut less profitable business without causing too significant a loss in shareholder value.

Cryan had been in charge since 2015 and his mandate would have expired in 2020, but investors had lost faith that he could return the bank to profitability.

His fate had appeared sealed two weeks ago when reports emerged that Chairman Paul Achleitner had begun searching for a successor.