BUSINESS Deutsche Bank's US ops deemed "troubled" by Fed a year ago: WSJ

Deutsche Bank's US ops deemed "troubled" by Fed a year ago: WSJ 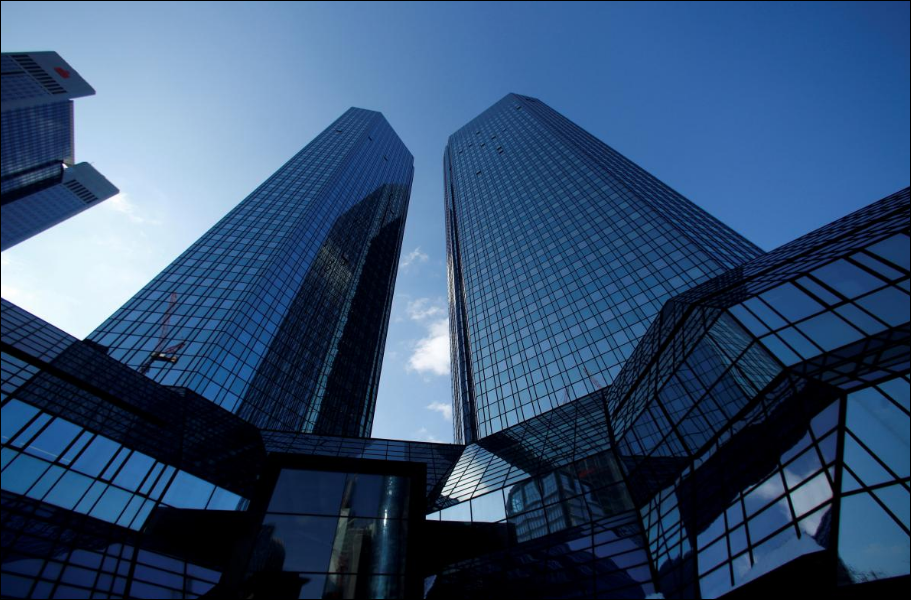 The headquarters of the Deutsche Bank is pictured in Frankfurt, Germany, March 19, 2018. (Photo: Reuters)

The Fed’s assessment has not previously been made public, it said, sending shares in the German lender down 7.2 percent to 9.16 euros, their lowest level in more than a year and a half.

The “troubled condition” status is one of the lowest designations employed by the Fed, The WSJ said.

The report comes a month after Deutsche Bank’s new Chief Executive Christian Sewing announced plans to cut back bond and equities trading, where it has been unable to compete with US powerhouses such as Goldman Sachs (GS.N) and JP Morgan (JPM.N).

Deutsche Bank’s attempts to break into the US markets, which are seen as an essential plank for delivering a global investment banking platform, proved to be costly as it ended up paying out billions of dollars to settle regulatory breaches, prompting speculation at one point of a bailout by Berlin.

The WSJ said that the Fed downgrade of Deutsche Bank’s US operations caused the US Federal Deposit Insurance Corporation (FDIC) to put Deutsche Bank Trust Company Americas on its list of “Problem Banks”.

The US Federal Reserve declined to comment on the report. The FDIC was not immediately available for comment.

Deutsche Bank declined to comment on the WSJ report and on its relations with the Fed, but said it was working to remedy weaknesses in its US business identified by regulators, which it said did not affects its ability to serve clients.

Despite potential weaknesses in parts of its US operations, the parent Deutsche Bank AG remains well capitalised and has adequate liquidity reserves, it said.

“There are no concerns with regard to the financial stability of Deutsche Bank AG,” it said.

Thomas Hallett, banking analyst at Keefe, Bruyette & Woods, said while Deutsche Bank has in the meantime started to cut costs and shift capital away from the United States, the news indicated the pressure the group was under from US regulators.

“The bank has failed to sufficiently restructure the business to operate in a low interest rate and regulatory constrained environment,” he said.

Deutsche Bank said the recently announced strategic shift was not the result of the regulatory actions but part of a programme to increase the profitability of the firm.

“We are fully committed to our Corporate & Investment Bank, Wealth Management and Asset Management businesses in the US,” it added.