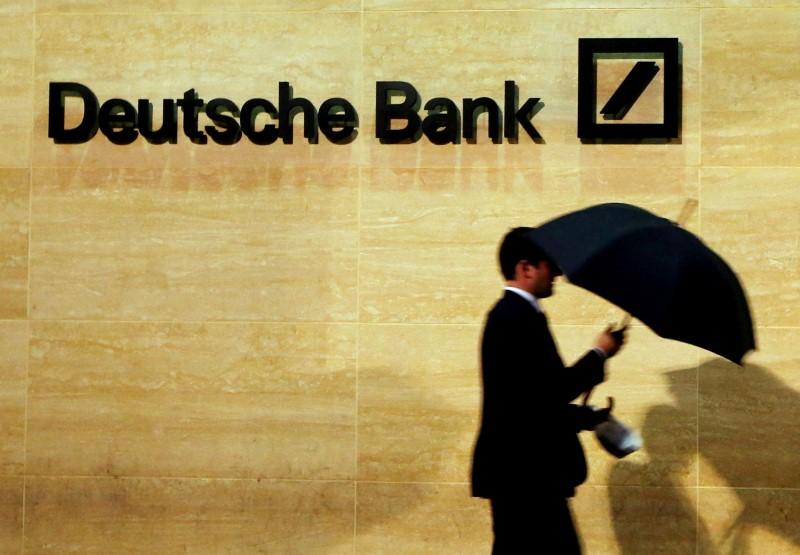 Deutsche Bank (DBKGn.DE) said on Sunday its 2017 bonus pool would be above 2 billion euros ($2.46 billion), as the loss-making bank seeks to retain staff during a major overhaul.

But the bank’s top managers are foregoing their annual bonuses for 2017 after coming under fire for awarding big incentive payouts even though Germany’s largest bank lost money last year.

The sacrificing of bonuses for the management board “isn’t because we are of the opinion that we did a bad job,” von Rohr was quoted by DPA as saying. “Rather, we considered it for the best that the board takes responsibility.”

A spokeswoman for Deutsche confirmed the information.

A bonus pool of just over 2 billion euros is significantly higher than the 546 million euros paid in 2016 but below the 2.4 billion euros awarded the year before. The bank sharply curtailed bonus payments for 2016 following speculation that it would need a state bailout to stay afloat.

Deutsche Bank came under fire in January over reports it planned to pay more than 1 billion euros in bonuses despite being pushed to its third consecutive annual loss due to the one-off impact of a U.S. tax reform.

With Deutsche still struggling to return to the black under the stewardship of Chief Executive John Cryan, the generous pay awards irked many in Germany as perceptions grow that wealth is increasingly being concentrated in the hands of the super-rich.

At the same time, Deutsche Bank is slashing its headcount, having reaffirmed plans to cut 9,000 jobs from 2015 levels, around one in 10 staff globally, with 4,000 expected to go in Germany.

In justifying his bonus plans, Cryan said last month Deutsche was making a “one-off investment” to retain staff and that bonuses for 2018 would be closely linked to performance.

The bank will detail executive compensation when it publishes its annual report next Friday.