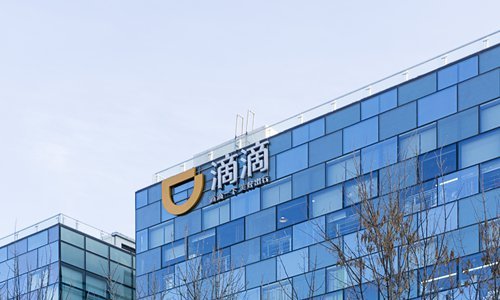 Chinese ride-hailing giant Didi Chuxing on Friday denied media reports claiming that the embattled company plans to hand over data control to a third party, bring in a major shareholder and even delist, saying such rumors were untrue.

Reports about a data control handover, as well as rumors of bringing in a major shareholder and delisting, are false information, the company said in a statement posted on its official Sina Weibo account.

The response came shortly after a Reuters article claimed that Didi was in talks with Shenzhen-listed Westone Information Industry, a state-owned information security firm, to become its "main third-party company to manage its massive data stored domestically as per domestic regulators' guidance."

Westone would be allowed to access Didi's servers across the country to track the ride-hailing platform's "data collection, usage and transfers," per the report, citing unidentified sources.

Bringing in Westone for data management is reportedly part of proposals Didi has submitted in response to the regulatory probe.

The ride-hailing platform operator has been under serious heat over the past month since a high-profile cybersecurity review was launched into the company only days after its massive yet speedy IPO in the US on June 30.

The Cyberspace Administration of China (CAC) announced the cybersecurity review into Didi early July and Didi's ride-hailing app was soon after slapped with a takedown order due to "serious violations of law and regulations" in the collection and use of personal information.

Didi's shares on the New York Stock Exchange opened higher at $9.71 on Friday, a plunge of over 30 percent from its IPO price of $14.