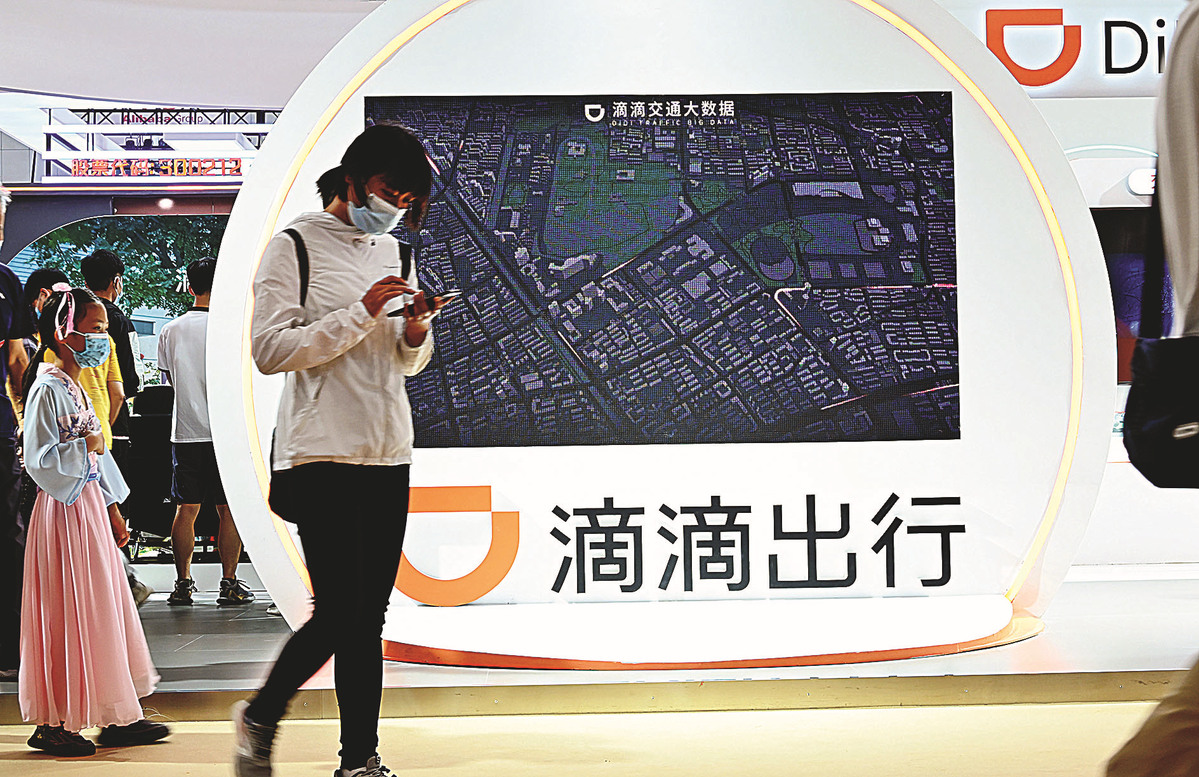 A visitor passes the booth of Didi Global Inc during an expo in Tianjin. [Photo：China Daily]

Chinese ride-hailing company Didi Global Inc said in a filing that it will only be able to resume normal operations after it finishes a planned US delisting and a cybersecurity review.

The filing came after Beijing-based Didi, the country's largest ride-hailing company, said earlier that it will hold an extraordinary general meeting on May 23 to vote on its delisting plans in the US.

Shortly after Didi's $4.4 billion IPO on the New York Stock Exchange in late June, China's Cyberspace Security Review Office said it had launched a cybersecurity probe into the company to protect national security and public interest in accordance with the nation's laws.

In Wednesday's filing, Didi said it had already made rectifications to comply with the review, such as improving internal management mechanisms and procedures for cybersecurity, data security, personal data and privacy protection.

But it must also finish a planned delisting from the New York Stock Exchange for the review to be wrapped up, it added. Didi has been unable to register new users since the regulator began its review.

Didi said, "We will not apply for listing of our shares on any other stock exchange before completion of the (US) delisting."

The China Securities Regulatory Commission, China's securities regulator, said in April that Didi's delisting plan is a decision that the Chinese company made on its own and that the move is based on the market and own assessment of its situation.

Didi's delisting has nothing to do with other US-listed Chinese stocks or ongoing efforts between Chinese regulators and their US counterparts to resolve an audit dispute regarding US-listed Chinese companies, the CSRC said.

Song Haixin, a senior lawyer at law firm Jincheng Tongda & Neal Shanghai, said companies such as ride-hailing platforms need to assess their data assets and protect user privacy, as efforts intensify around the world to beef up legal frameworks for the digital economy.