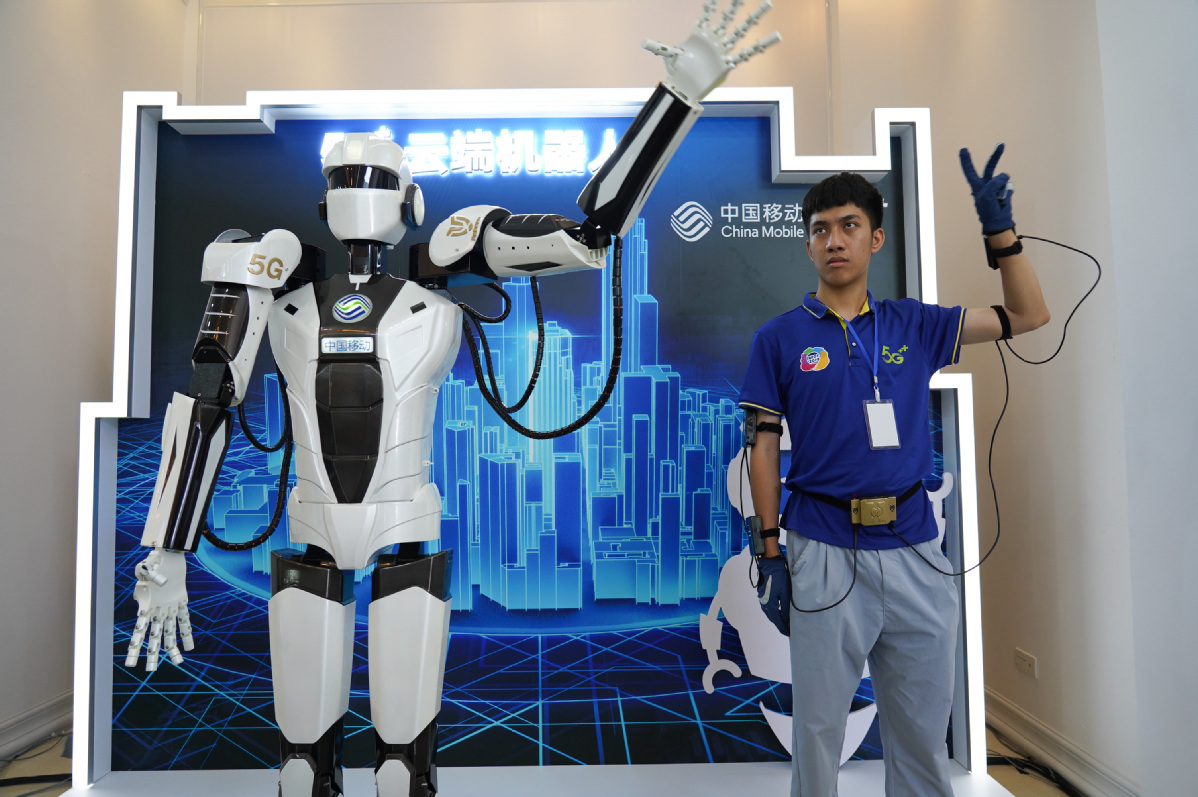 A robot capable of simulating human movements using a 5G network is displayed at the opening of the Jiangxi International Mobile Internet of Things Expo in Yingtan, Jiangxi province on July 18, 2019. [Photo/Xinhua]

The value-added of China's digital economy hit 35.8 trillion yuan ($5.07 trillion) in 2019, accounting for 36.2 percent of GDP and a proportional increase of 1.4 percentage points year-on-year, according to a report released by the China Academy of Information and Communications Technology on Friday.

The proportion of digitization in software and internet industries continues improving, and data integration is key to promote industry digitization development, the report said.

The digital economy can drive traditional industries to realize transformation and upgrade. Moreover, it can reduce barriers during information flow, as well as speed up resource elements to more rationally flow between industries and regions.

The digital economy in Beijing and Shanghai occupies a dominant position in the regional economy, accounting for over 50 percent of GDP. Digital economy growth in Guizhou and Fujian is moving ahead of the country's average, with a growth rate of over 20 percent in 2019.