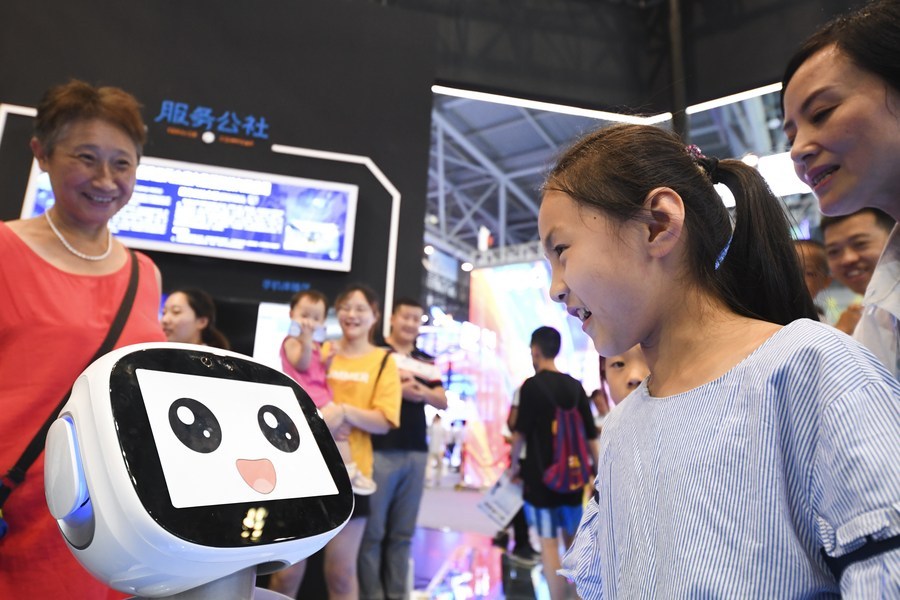 A child interacts with an intelligent robot during the 2019 Smart China Expo in Southwest China's Chongqing municipality on Aug 27, 2019. (Photo: Xinhua)

The economic value added of China's digital economy reached 35.8 trillion yuan ($5.11 trillion) in 2019, accounting for 36.2 percent of gross domestic product according to the White Paper on the Development of China's Digital Economy (2020), Economic Information Daily reported on Thursday.

Experts say the digital economy has become a new development mode for economic society, after the agricultural and industrial economies. It reduces barriers for information flow and accelerates transmission of resources across industries and regions. Digitalizing the country's economy not only creates huge investment opportunities and boosts domestic demand, but also promotes technology innovation and industrial revolution.

"The scale of digital economy in 2019 increased 15.6 percent in China, a relatively high growth. It reflected that real economy sectors in China are accelerating their digital transformation," said Yu Xiaohui, deputy director of the China Academy of Information and Communications Technology, the institution that composed the white paper.