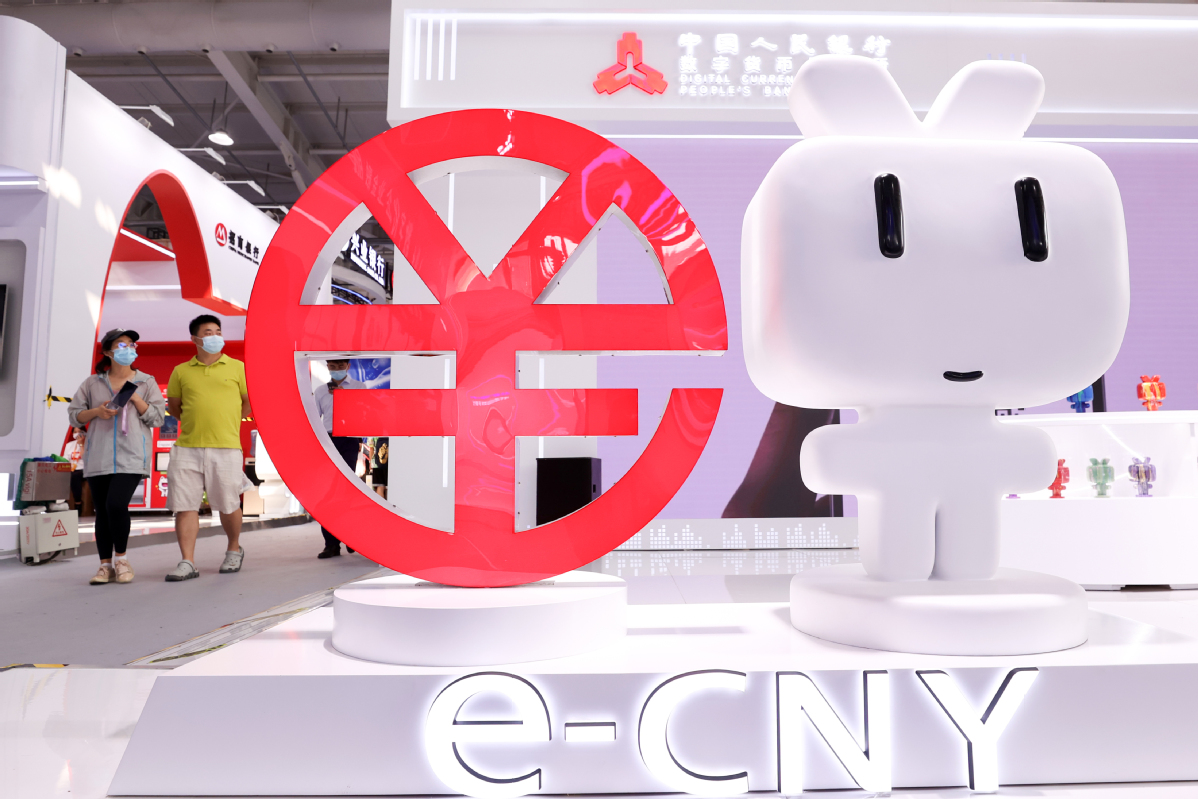 The e-CNY is promoted during the 2022 China International Fair for Trade in Services in Beijing. [Photo by CHEN XIAOGEN/FOR CHINA DAILY]

The value of transactions using the digital yuan has topped 100 billion yuan ($13.94 billion) with a variety of e-CNY application scenarios formed, the People's Bank of China (PBOC), the country's central bank, said on Wednesday.

As of August 31, a total of 360 million transactions had been carried out via the e-CNY in pilot areas of 15 provinces and cities, with the cumulative transaction value hitting 100.04 billion yuan, the PBOC said in an article.

The number of stores that support digital yuan payments has surpassed 5.6 million, the article went on to say, adding that local governments have held nearly 30 digital yuan consumption coupon programs this year.

It added that the central bank has taken an active part in the mBridge project that explores multilateral cooperation regarding CBDC international payments and will participate deeply in international CBDC governance.