From Asia to the United States, disconsolate staff at Deutsche Bank dealt Monday with news of massive layoffs with some already heading to the exits to drown their sorrows. 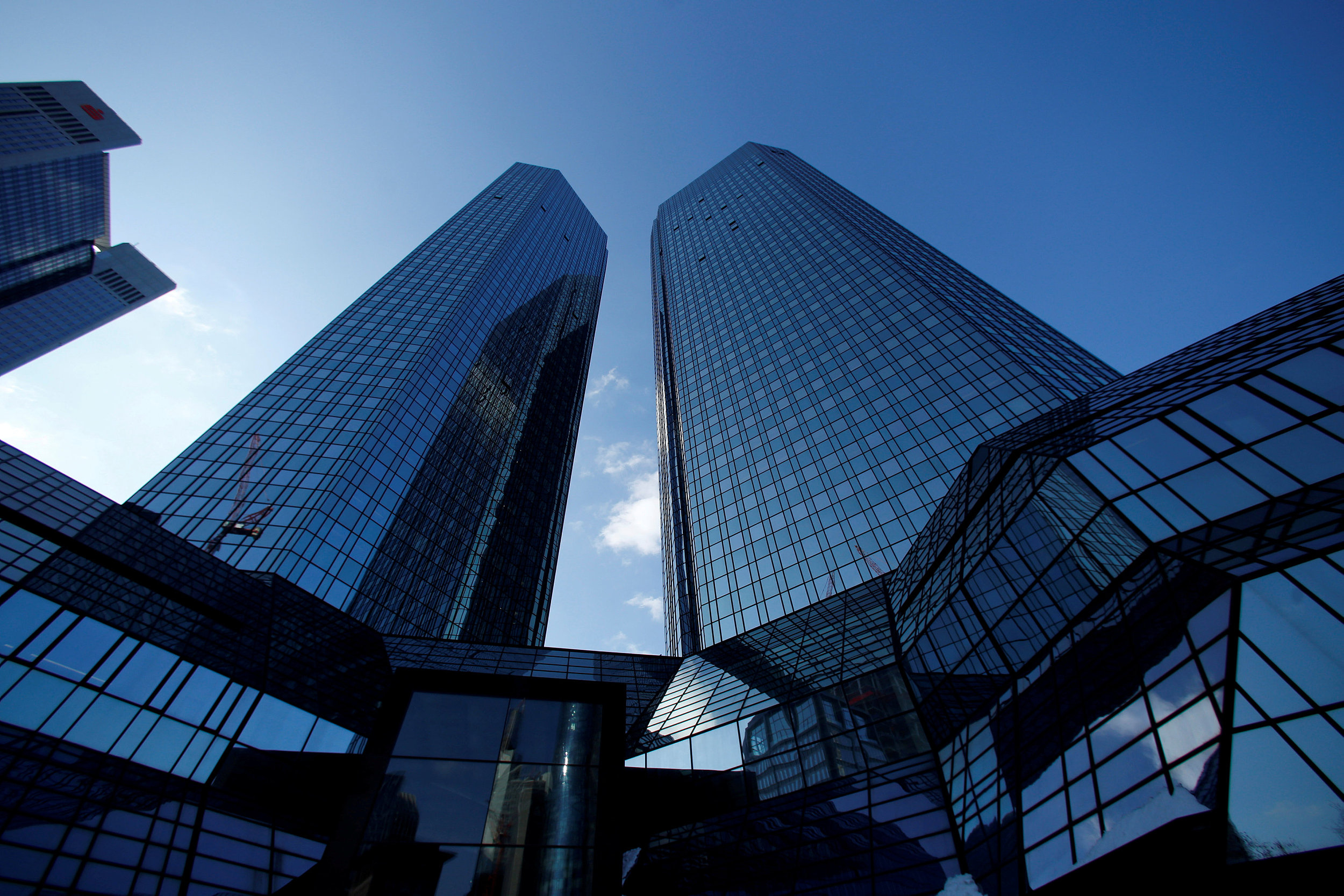 The German financial giant's share price fell to a low of 6.66 euros ($7.47) before closing down 5.4 percent at 6.79 euros, following Sunday's announcement of 18,000 job cuts by 2022 as the company transitions out of high-risk investment banking.

"We need to focus our bank on where we are most competitive... (and) provide our strong businesses the oxygen to prosper while withdrawing it from others," Deutsche Bank chief executive Christian Sewing told reporters on Monday.

"We need to do more than merely trim the perimeter like in the past," he said, before visiting the bank's London offices where redundancy packages were being handed out.

The headlines about the layoffs generates questions from clients, but "my message to my clients is 'nothing's changed,'" a New York banker told AFP.

The banker did not personally know anyone laid off, but said the announcement added to the grim morale in the US offices.

"It's just another indication of our failed strategy right now," the banker said. "Who knows whether they're done or not?"

Analysts said it was high time for Deutsche Bank to stop its decades-long drive to emulate the investment titans of Wall Street.

ING analyst Suvi Platerink Kosonen said the restructuring was "essential for the bank" in the long run, but cautioned it entailed "substantial execution risks".

The overhaul spans the world and was felt first in Asia, where the bank is winding down its equities business from Sydney to Mumbai.

Staff were particularly unhappy about what they perceived as poor communication between Germany the Asian branches in recent weeks, as reports of the new strategy circulated, it reported.

In the City of London, the hub for the global investment division, newly redundant employees were seen traipsing out of their building carrying boxes and bags of personal effects.

The Balls Brothers pub nearby was doing a brisk trade by early afternoon. Most of the 50-odd drinkers, downing beer and sparkling wine, had shopping bags filled with what looked to be files and mementoes.

Several wore grim expressions, facing up to a future in which Brexit is already complicating life for City bankers as Britain exits the European Union.

"It's a bad time to be looking for a job with the normal summer lull and generally poor market conditions," Joseph Leung, managing partner at Aubreck Leung, a London executive search firm, told Bloomberg.

"That said, the Deutsche people could be attractive as they are effectively free agents -- they will likely be getting their stock and won't have any notice period, so can start straightaway," he said.

At Deutsche Bank's US headquarters on Wall Street, some staff arrived with bags for their personal belongings and others left with thick white envelopes akin to ones seen in London.

One former employee was crying and others were making plans to meet at a local bar, Bloomberg said.

But as reporters and photographers gathered outside the New York offices to try to spot laid off workers, one man leaving the building joked that he should have carried a box to get his picture in the news.

Germany's biggest lender is slashing around one-fifth of its workforce, reducing it to 74,000 employees, in a bid to cut annual costs by six billion euros ($6.7 billion) and return to sustained profits.

The new round of job cuts comes on top of some 6,000 already carried out over the past year.

The restructuring could be a last chance for Deutsche Bank after much-hyped merger talks with Frankfurt rival Commerzbank fell through earlier this year.