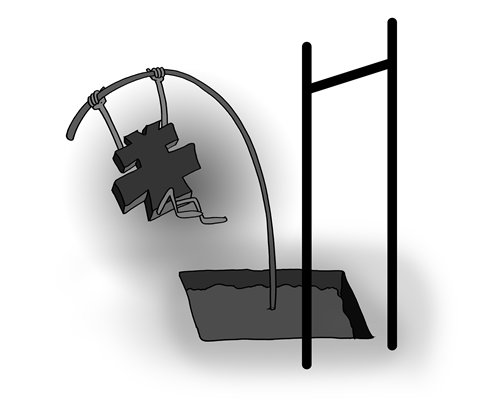 Since China has become the largest customer for oil producers in the Middle East, the international environment has steered toward internationalization of the yuan. Especially since Donald Trump became US president in January 2017, the dollar has been weakening. The US' move toward protectionism and anti-globalization has caused anger around the world and undermined confidence in the dollar among international investors. This represents an opportunity for the yuan.

Theoretically, trade policies have no direct causal relationship with short-term exchange rates. But the trend of the dollar is affected by many factors. One important factor is the degree of certainty about the currency issuer's political and economic policies. Unstable economic and political policy can cloud trade relations between countries, influencing nations' economies and the strength of their currencies.Trump's lean toward protectionism has worried international investors, who now see increasing uncertainty regarding US trade policy and a potential trade war brewing. This has led to more risk aversion, prompting movement from dollar holdings to other currencies or gold. Provocative trade policies lead to retaliation and countermeasures, and diminished trade with the US and reduced dollar usage will undermine the position of the dollar as a reserve currency.There have also been numerous changes of personnel in the Trump administration, creating a sense of instability that adds to the negative pressure on the dollar. National Economic Council Director Gary Cohn has just resigned.  Trump also announced Tuesday that he had replaced Rex Tillerson as secretary of state. Even National Security Advisor Herbert McMaster may leave the White House. The worries about the Trump administration have enhanced the motivation to avoid risk. These factors and the recent strong performance of the euro have led to a decline in the US dollar index since 2017. The depreciation of the dollar discourages people from holding the currency, and encourages them to look to other currencies such as the euro and the yuan.In the short run, the Trump administration would prefer a weak dollar as it might help in reducing the US trade deficit, which has harmed the country's manufacturing industry and employment. The trade deficit expanded in 2017 compared with 2016. The US government is determined to bring the deficit down, and a weaker dollar can help achieve that goal by reducing imports and making US exports more affordable. But the political elites in the US will not sit by in the long term and allow a precipitous drop in the dollar, because of the need to protect the currency's prestige.Generally speaking, when the yuan appreciates, its internationalization process will be advanced, so its recent strengthening against the dollar has helped with this.Another factor that could boost yuan internationalization is the possibility of oil trade being settled in currencies other than the dollar - this is something that has already been discussed by the oil producers in the Middle East. The influence of the dollar depends partly on its use for oil, and any change to this could break the so called petro-dollar link. Since the shale revolution, the US has gone from being a major oil importer to an exporter, and China is now the biggest oil buyer. The oil producers have turned their eyes to alternative currencies to cater to the needs of customers. But this process is still in its early stages, and it will take time to see just how much effect it has on the dollar.The overall background is beneficial for the yuan, but whether significant progress is made will depend on the reforms implemented by the Chinese government. If domestic reform lags behind, the internationalization of the yuan will be slow. One key factor is the opening of the domestic financial sector. Only a world financial center can develop an international currency. Most major Chinese cities have the right conditions to become financial centers. But the closed financial sector, which blocks the entry of foreign financial institutions and free exchange of foreign currencies, has become a barrier for Chinese cities in their efforts to become international financial centers. At the same time, China needs to build a monetary and central bank system in which the world is confident. As a currency issuer, the central bank also needs reform. This reform needs to improve the independence and authority of the central bank by giving it a higher status. But more consistency in terms of policy and stability of the currency are also required in order to achieve better international credibility.