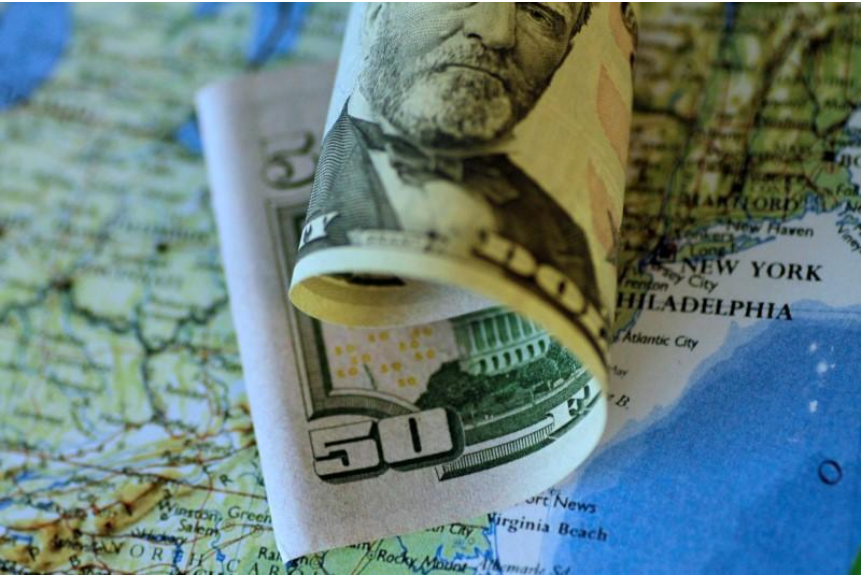 A U.S. Dollar note is seen in this June 22, 2017 illustration photo. REUTERS/Thomas White/Illustration

The dollar rose broadly on Friday after the release of U.S. factory orders and services sector data that beat estimates, reversing an earlier slide after an underwhelming October jobs report.

The euro EUR= turned negative against the dollar, falling to its lowest level since Monday after the U.S. factory orders and ISM non-manufacturing PMI data, while the dollar turned positive against the Japanese yen JPY=, erasing earlier losses and nearing its highest since mid-July.

The Institute for Supply Management’s non-manufacturing purchasing managers’ index rose to its highest level since 2005. New orders for U.S.-made goods rose for the second straight month in September and orders for core capital goods surpassed expectations.

The dollar index .DXY, which measures the greenback against six rival currencies, rose to its highest since Oct. 27, closing in on a nearly four-month peak.

The strong data backed a slate of releases on U.S. growth and inflation from earlier in the week that pointed to a strong economy and further interest rate increases from the Federal Reserve.

“When we look at the big picture, we’re looking at a Fed that’s likely to hike in December and could very well have three hikes up its sleeve for 2018 and that is certainly a more hawkish outlook than we’re expecting from most other major central banks,” said Omer Esiner, chief market analyst at Commonwealth Foreign Exchange in Washington.

The dollar had earlier fallen to its lows of the day after the release of October U.S. non-farm payrolls, which came in below expectations.

The jobs report showed its largest gain since July 2016, but missed economists’ expectations for an increase of 310,000 jobs, following a particularly weak reading in September.

Digital currency bitcoin took another leap higher, rocketing above $7,000 for the first time after a more than tenfold increase in value over the past year.

It hit as high as $7,500 on the Luxembourg-based Bitstamp exchange on Friday BTC=BTSP.

“People should not be surprised by this move. They should try to understand it before dismissing it,” said Rahul Sood, CEO of Unikrn, a U.S. sports betting digital platform. “The fact is there is a finite amount of Bitcoin in the world...it’s just a much better trading commodity than paper gold - and more convenient than fiat currency.”