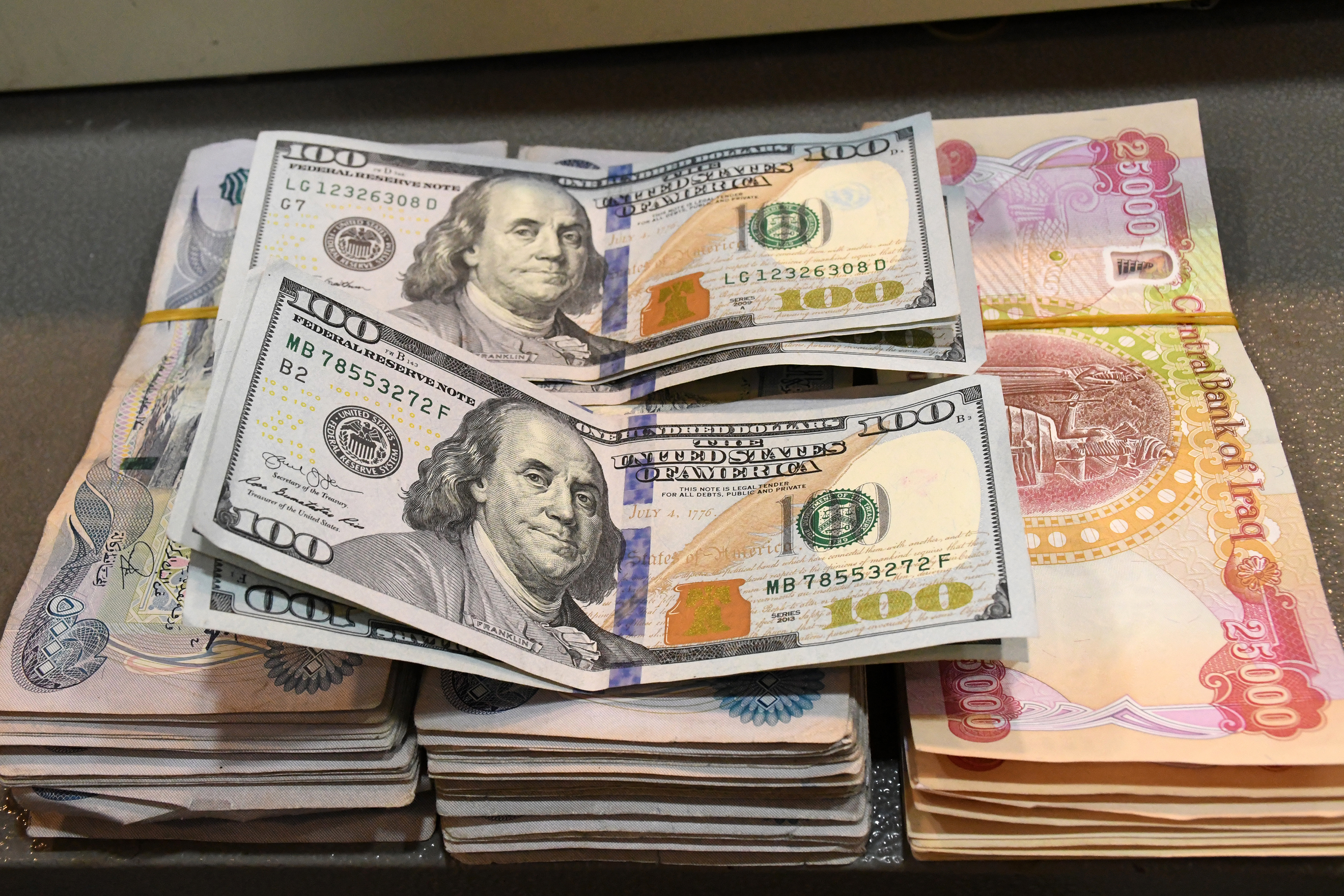 US dollars are pictured on top of a stack of local currency bank notes in the southern Iraqi city of Nasiriyah in the Dhi Qar province, on December 20, 2020. (Photo: AFP)

The dollar languished near its lowest level in nearly three years on Thursday after Democrats won control of the U.S. Senate, clearing the way for a larger fiscal stimulus under incoming President Joe Biden.

Analysts generally assume a Democrat-controlled Senate would be a net positive for economic growth globally and thus for most risk assets, but negative for bonds and the dollar as the U.S. budget and trade deficits may widen further.

"The dollar will remain weaker against commodity currencies like the Aussie and emerging market currencies," which benefit when risk sentiment is positive, he said.

At the same time, "higher Treasury yields should benefit the dollar against the euro and the yen, because the dollar has underpriced the potential for U.S economic recovery under Biden."

The yield on the benchmark 10-year Treasury note was at 1.0456 percent after climbing as high as 1.054 percent on Wednesday for the first time since the market mayhem of mid-March.

The riskier Australian dollar slipped 0.1 percent to 77.950 U.S. cents after touching a nearly three-year high of 78.195 on Wednesday.

But after a fall of nearly 7 percent in 2020 for the dollar index and a drop of as much as 0.9 percent in the new year, the U.S. currency may get a degree of respite from some unwinding of a crowded trade.

"People have been bearish on the dollar now for at least six or nine months," said Minh Trang, senior FX trader at Silicon Valley Bank in Santa Clara, California.

"Obviously you are going to have to take a little bit of a breather every now and then."

The yuan was largely flat at 6.4596 per U.S. dollar after Chinese authorities signaled a desire for a slower pace of gains.

The remarks by the State Administration of Foreign Exchange (SAFE) on Wednesday follows an advance of around 10 percent on the greenback since last May as China's economic rebound has led the world's pandemic recovery.

"With Brexit now behind us, we are starting to leg into short-GBP positions," TD Securities strategists Mazen Issa and Ned Rumpeltin wrote in an update of their FX model portfolio dated January 6.

"With the USD still trading on a uniformly weak footing, however... we look to AUD and JPY to express GBP caution."

Bitcoin marked a fresh all-time high of $37,400 on Thursday, extending a surge of more the 800 percent since mid-March.