Bike-sharing companies are raising their rates as they face decreasing profit margins, but experts said the industry is at present the best way to solve the last-mile problem for commuters. 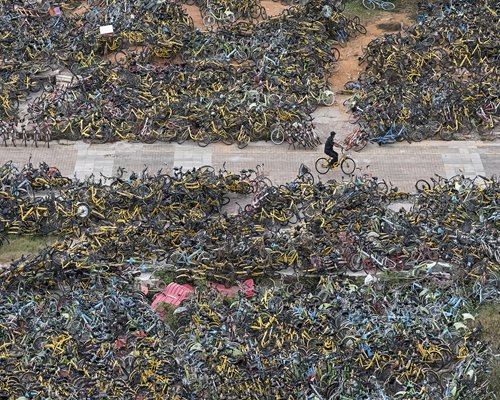 Industry insiders said that the subsidy tactic in the bike-sharing industry has come to an end. In order to survive, bike-sharing enterprises have moved to raise their rates and the industry is stepping into a new phase of development.

Starting in April, many bike-sharing companies raised their rates, with variations depending on regions. For example, in Beijing, Mobike and BlueGogo now charge 1 yuan (14 cents) for the first 15 minutes, and 0.5 yuan for each extra 15 minutes. The previous rate was 1 yuan per 30 minutes. Hellobike doubled its rate from 0.5 yuan to 1 yuan per 15 minutes.

Shared bikes have strong demand in major Chinese cities and remain the best solution for the last-mile problem in commuting, Liu Xingliang, director of the Data Center of China Internet (DCCI), told the Global Times on Monday. "Raising rates is a direct way to gain profits and survive," he added.

Shares bikes are used about 10 million times per day, said Minister of Transport Li Xiaopeng at a press event in February.

According to iiMedia Research, the number of bike-sharing users in China reached 235 million in 2018 and will increase to 259 million in 2019.

There were 77 shared bike companies and 23 million shared bikes as of February 2018, according to official data. The majority of them have gone bust.

"People will use shared bikes despite the higher rates," Liu said. "There's no substitute and I see great potential in the industry."

I use shared bikes at least four times a week to travel back and forth between the subway station and my house. I use Mobike and the rate hike had no impact on me. I will still use it as often," Jazzmin, a British teacher at an international school in Beijing, told the Global Times on Monday.

Another user surnamed Wu said that he is a monthly card subscriber and is not influenced by the new billing policy. He will continue using shared bikes for short-distance commuting when other modes of transportation aren't realistic.

The glory days of the bike-sharing industry ended last year after a boom in 2017 and the bubbles in the industry are deflating, said iiMedia Research.

"The old rates weren't high enough for bike-sharing companies to make ends meet. But consumers got used to them, a result of cutthroat competition," said Liu.

To regulate and develop the bike-sharing industry, governments have taken measures.

Some cities have set a limit for the total number of shared bikes on the streets. Chengdu, Southwest China's Sichuan Province reduced the number from 1.8 million to 750,000 last year in its main urban area and Shenzhen in South China's Guangdong Province cut the number from 890,000 to about 600,000, according to media reports.

Beijing has set up pilot parking areas in the main urban area. Users who fail to park bikes inside these areas will be warned the first time and fined from the second time.

The Ministry of Transport and five other government departments in May released a guideline to regulate how bike-sharing providers handle users' deposits. Those rules take effect from Saturday.