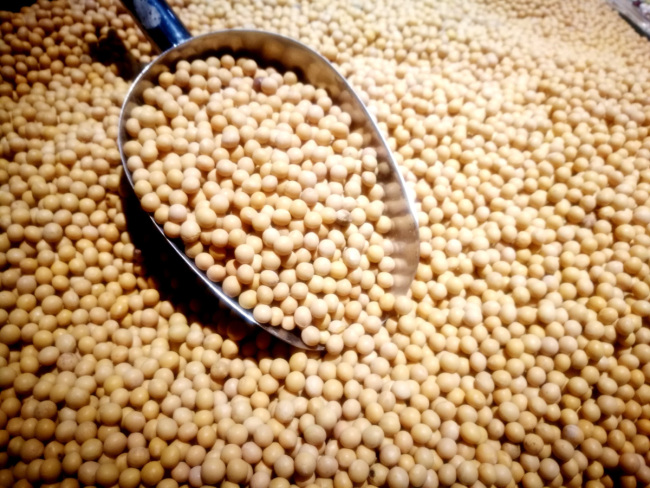 Companies in China have started asking exporters in the United States about purchasing prices for agricultural products including soybeans and pork, Gao Feng, a spokesman at the Ministry of Commerce, said at a press conference on Thursday.

China hopes that both sides will meet halfway by taking concrete actions and creating favorable conditions for the upcoming round of trade talks, said Gao.

Between the G20 in Osaka where Chinese President Xi Jinping and US President Donald Trump met to discuss the trade dispute, through to the end of July, 2.27 million tons of soybeans have been shipped to China from the United States, and another two million tons were expected to be loaded in August, according to the National Development and Reform Commission.

China's huge market makes it a promising destination for high-quality agricultural products from the United States, said Gao. "China has time and again urged the United States to earnestly implement the consensus reached in Osaka, and commit to fulfilling its promises to create the necessary conditions for bilateral agricultural cooperation."

In addition, China welcomed the decision by Washington to delay from October 1 to October 15 the planned five percent tariff increase on 250 billion U.S. dollars of imports from China. And it hopes that both sides are moving in the same direction as they prepare for the next round of economic and trade talks next month, said Gao.

"China and the United States have maintained effective communication," Gao added. "The working teams dispatched by both sides will meet in the near future to fully prepare for the 13th round of high-level economic and consultations."