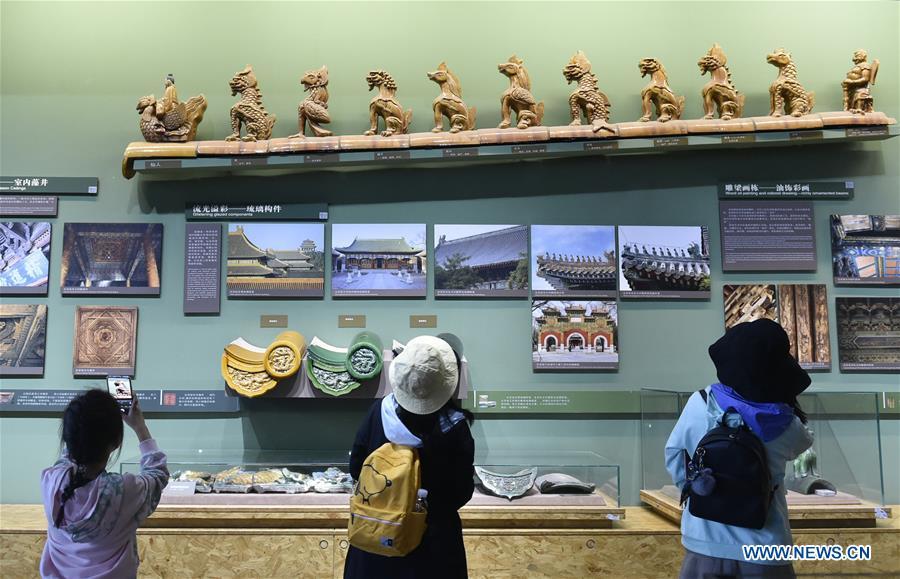 BEIJING -- China is in the middle of a rare extended National Day holiday, the longest since the COVID-19 epidemic began. The country is poised to embrace more domestic trips amid warming demand and various incentives.

China saw a total of 97 million domestic trips on Thursday, the first day of the eight-day national holiday. That figure is 73.8 percent of trips made during the same period last year, official data showed.

The eight-day holiday, the result of the usual seven-day National Day holiday overlapping with the Mid-Autumn Festival, has seen a heightened willingness to travel and increasing hopes of a tourism recovery, said Li Jian, an official with the Ministry of Culture and Tourism (MCT).

The country's tourism sector has seen further signs of improvement in the third quarter of this year as the number of visitors welcomed by A-level tourist attractions nationwide is around 70 percent of the number during the same period last year, data from the MCT showed.

Effective COVID-19 control measures and the accelerated recovery of business activities have bolstered domestic travel, with plane trips in August restoring to over 80 percent of the total during the same month last year, and railway trips climbing 21 percent from July to 249 million, official data showed.

Analysts expect the holiday will offer the strongest boost for domestic tourism so far this year, though the numbers could be down from the same time last year with COVID-19 precautions still in place.

As the epidemic is now in check and pre-holiday bookings are booming, the tourism market could be more active during the upcoming holiday than during the previous holidays in May and June, said He Yanqing, an analyst with China Securities, prior to Oct 1.

The holiday could see passenger trips on domestic flights up by 10 percent year-on-year to over 15 million, according to Lan Xiang, a data specialist with online travel service provider qunar.com, citing data from Sept 10, when domestic passenger trips by air topped the figure from the same day last year.

The country has raised the cap on daily arrivals at tourist spots nationwide, allowing them to fill 75 percent of their operating capacities during the National Day holiday. The previous limit was set at 50 percent.

"The eased restriction is great news for our business as it is likely to bring more visitors," He Qun, a marketing executive with Emei Shan Tourism Company Limited, based in Southwest China's Sichuan province, told the China Securities Journal.

Data from Trip.com Group showed domestic trips during the holiday could top 600 million, 70 percent to 80 percent of the number recorded in the same period last year.

Jumping on the longest holiday since the epidemic began, tourist destinations and travel agencies have been offering discounts and vouchers to attract visitors, meaning the ongoing eight-day holiday is likely to be the most cost-effective one for domestic tourists in recent years.

Over 1,500 tourist attractions nationwide have suspended or discounted entrance fees for the holiday. Online service platforms like Trip.com Group have offered vouchers that can be used for tour packages, car rentals or entrance fees.

The country has vowed to fend off the risk of COVID-19 and make visitors more comfortable during their holidays by staggering entrances at tourist destinations and introducing reservation systems at the vast majority of the 280 attractions with a 5A-level rating, the highest in the country.