Doubts cast on easyJet plan to be net-zero emissions airline 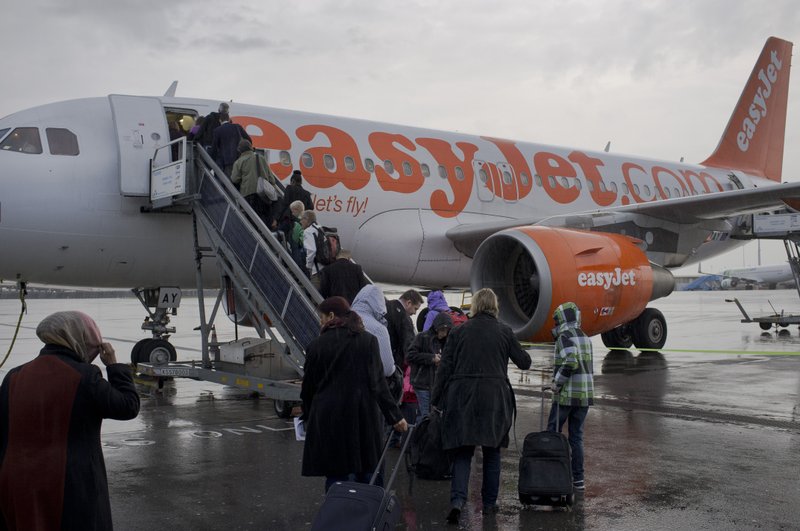 Climate experts, however, warn that such efforts are stopgap measures at best and that, with few options to reduce emissions from planes, the real focus should be on flying less.

EasyJet said it will offset the carbon “by investing in projects that include planting trees or protecting against deforestation.’’

That is estimated to cost about 25 million pounds ($32 million) across the airline, which last year carried 88.5 million people on almost 560,000 flights.

The airline described the carbon-offset effort as an “interim measure” while new technologies are being developed, including efforts to develop hybrid and electric planes. The measure is part of other initiatives to reduce emissions, such as using a single engine when taxiing.

“People have a choice in how they travel and people are now thinking about the potential carbon impact of different types of transport,’’ said easyJet’s CEO Johan Lundgren. “But many people still want to fly and if people choose to fly we want to be one of the best choices they can make.’’

EasyJet says that as part of a goal to de-carbonize aviation, it has signed a preliminary deal with Airbus to jointly research hybrid and electric aircraft.

“Aviation will have to reinvent itself as quickly as it can,” Lundgren said.

Unlike the auto industry, which is increasingly focusing on purely electric cars, battery-powered travel is not technically feasible for planes in the foreseeable future. Rather, companies are trying to reduce the weight of jets and are testing new fuels, including biofuels.

Climate campaign groups like Greenpeace cast doubt on easyJet’s plan, pointing to analysis that suggests offsetting schemes are not as effective as some make them out to be. The group suggests that to truly help the environment, authorities would have to impose a frequent flier tax to reduce the number of flights.

“This is jumbo-size greenwash from easyjet,’’ said Greenpeace U.K.’s chief scientist, Doug Parr. “There’s nothing zero-carbon about their airplanes.’’