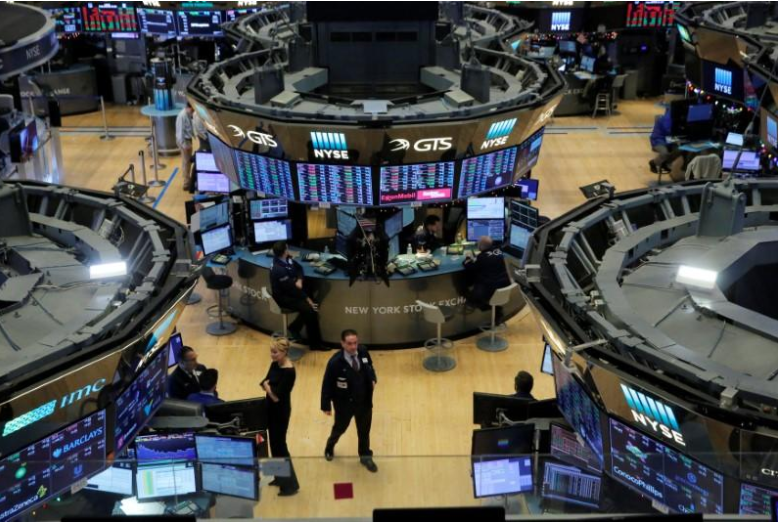 The trading floor is seen on the final day of trading for the year at the New York Stock Exchange (NYSE) in Manhattan, New York, US, December 29, 2017. Photo: Reuters/Andrew Kelly

The Dow eased slightly after hitting the 26,000 mark for the first time on Tuesday, as earnings season got off to a strong start following upbeat results from UnitedHealth and Citigroup.

Citigroup Inc rose 0.72 percent after the lender reported a profit that topped expectations as strength in consumer businesses made up for lower revenue from bond and currency trading.

Hopes of strong earnings, supported by a steep cut in corporate taxes, and solid global economic growth have bolstered Wall Street’s optimism in the start to 2018.

“There is really nothing in (the market‘s) way at this point,” said Paul Nolte, portfolio manager at Kingsview Asset Management in Chicago.

“Investors are liking the fact that companies are talking up earnings, more than they have done in the past. We’re going to see better earnings over the next 12 months and you need to buy stocks now to take advantage of that.”

More than three quarters of the 26 S&P 500 companies that have reported so far have topped profit estimates, according to Thomson Reuters I/B/E/S.

Boeing, UnitedHealth and Merck were the biggest boosts to the Dow.

General Motors rose 2.4 percent after the company said it expected earnings in 2018 to be largely flat, compared with 2017, but that profits should pick up pace in 2019.

General Electric fell more than 3 percent after raising the prospect of breaking itself up and announced more than $11 billion in charges from its long-term care insurance portfolio and new US tax laws.

Seven of the 11 major S&P sectors were higher, led by a 1.31 percent rise in the real estate index and a 0.72 percent gain in the healthcare index.