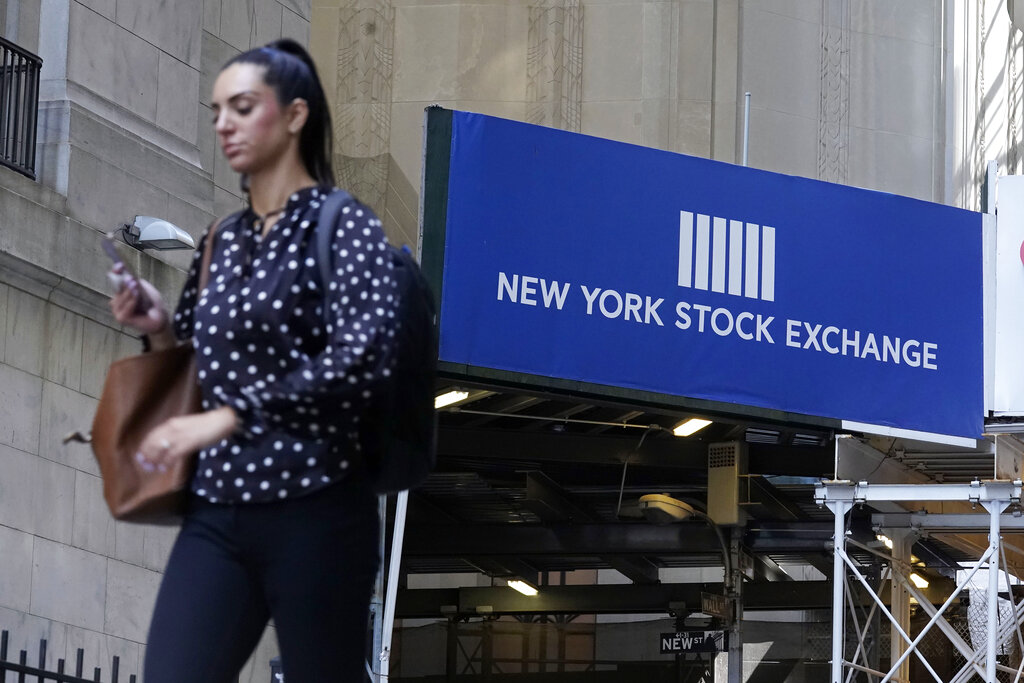 The Dow capped the worst week since October with more losses Friday as markets continued to digest the latest pivot in Federal Reserve messaging towards more restrictive monetary policy.

After European bourses fell nearly two percent, the Dow dropped more than 500 points, or 1.6 percent on weakness in energy and financial shares. That brought the blue-chip index's losses for the week to 3.4 percent, the biggest drop in eight months.

"It is turning into a bit of a black Friday for risk assets in what looks like a mini taper tantrum," said market analyst Fawad Razaqzada at ThinkMarkets.

The reference is to a 2013 panic on markets after the Fed indicated it would begin to slowly reduce stimulus measures for the economy.

Analysts said the losses were likely exacerbated by Friday's expiration of key options and futures contracts.

The Fed on Wednesday maintained highly accommodative monetary policy, but the central bank moved up the timeframe for hiking interest rates and Fed Chair Jay Powell said the central bank has started discussions on when to taper the pace of bond buying, now at $120 billion a month.

Some analysts now expect the Fed to announce a plan to trim asset purchases at an August central bank conference in Jackson Hole, Wyoming.

"The market seemed to be somewhat reassured by the Fed simultaneously raising its inflation forecast for the year but also sticking with its message that a spike in prices is only transitory," said TD Ameritrade's JJ Kinahan.

"Despite everything going on in the market, there hasn't been a general sense of disorder."

In other markets, the dollar continued to gain against most other major currencies in the aftermath of the Fed announcement.

A stronger dollar frequently weighs on greenback-traded commodities, but oil prices rose Friday, with analysts pointing to an improving demand outlook as the economy recovers.