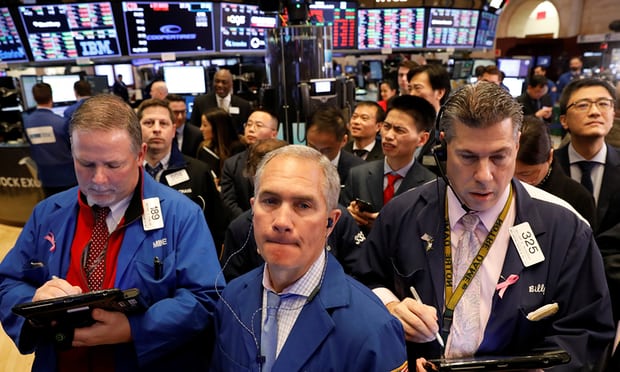 Traders work on the floor of the New York stock exchange on Thursday. (Phopto: Reuters)

The two best-known stock market indexes, the Dow and the Standard & Poor’s 500, have dropped 10 percent from their all-time highs, set Jan. 26. That means they are in what is known on Wall Street as a “correction,” their first in almost two years.

Stocks fell further and further as the day wore on and suffered their fifth loss in the last six days. Many of the companies that led the market’s gains over the last year have struggled badly in the last week. Those included technology companies, banks, and retailers and travel companies and homebuilders.

After huge gains in the first weeks of this year, stocks started to tumble last Friday after the Labor Department said workers’ wages grew at a fast rate in January. That’s good for the economy, but investors worried it will hurt corporate profits and that rising wages are a sign of faster inflation. It could prompt the Federal Reserve to raise interest rates at a faster pace, which would act as a brake on the economy. 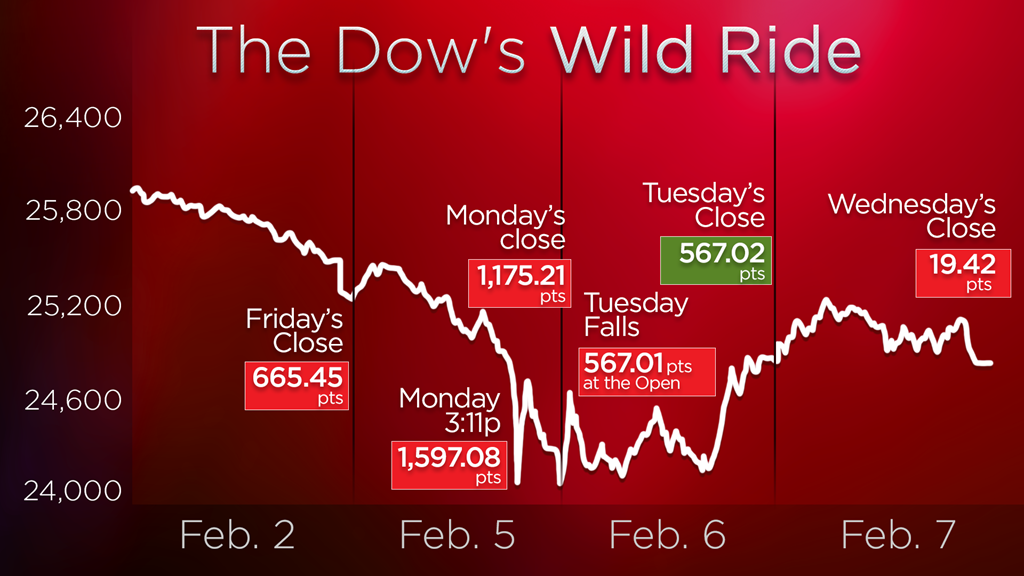 “Far and away the most important things are the fear that the Fed is going to make a mistake, and higher wages are going to cut into margins,” said Scott Wren, senior global equity strategist for Wells Fargo Investment Institute. The worry, he said, is that the Fed will raise interest rates too quickly.

Tom Martin, senior portfolio manager with Globalt Investments, said he didn’t see anything specific moving the market lower today, just a continuation of a shift in investor mindset from fear of missing out in a rising market to worry of clocking big losses in a market that’s turned.

“This is going to take longer to work out than people expect,” he said. “In January we talked about fear of missing out. What we have now is what I call fear of getting caught.”

The losses were broad. Eight stocks fell for every one that rose on the New York Stock Exchange and 490 of the companies in the S&P 500 took a loss.

The market didn’t get much help Thursday from company earnings reports, several of which disappointed investors. While U.S. companies mostly did well at the end of 2017, a number of them had a weak finish to the year. 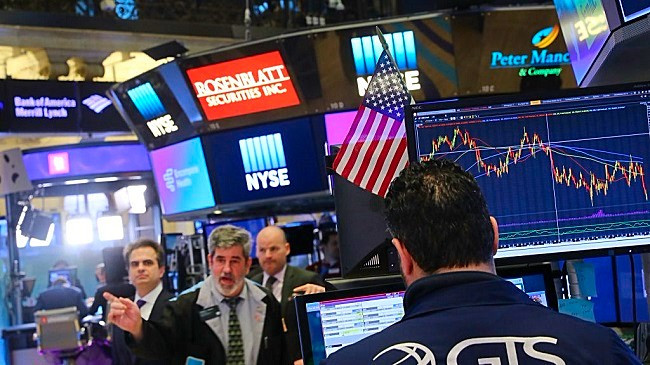 Hanesbrands, which makes underwear, T-shirts and socks, reported a smaller profit than investors expected, and its forecast for the current year didn’t live up to analysts’ estimates either. The company also said it will pay $400 million to buy Australian retailer Bras N Things. The stock dropped $2.39, or 10.9 percent, to $19.57.

IRobot, which makes Roomba vacuums, plummeted 32 percent after projected a smaller annual profit than Wall Street was expecting. The stock dropped $28.24 to $59.80.

Twitter had a banner day, soaring 12 percent after turning in a profit for the first time. Its fourth-quarter revenue was also better than expected. The stock rose $3.27 to $30.18.

Online delivery company GrubHub soared after it announced a partnership with Yum Brands, the parent of Taco Bell and KFC. GrubHub will provide the delivery people and technology to let people order food from those restaurants. GrubHub jumped $19.13, or 27.4 percent, to $89.04.