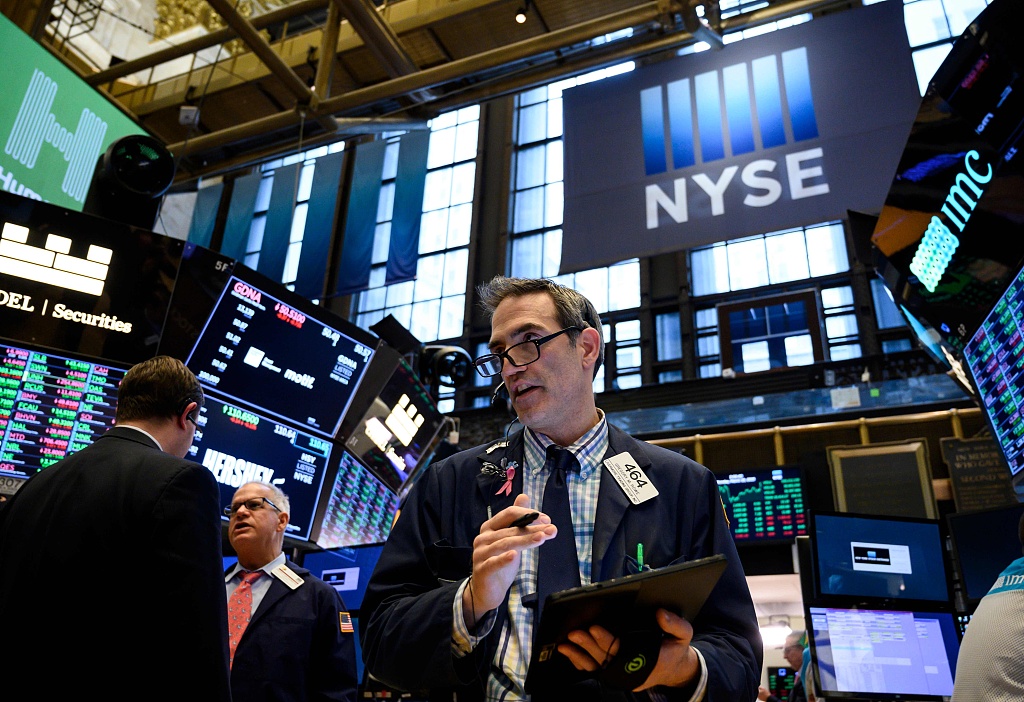 A trader works ahead of the closing bell on the floor of the New York Stock Exchange (NYSE) on March 18, 2019 in New York City. (File photo: VCG)

"US equities traded lower mainly on bad news on growth in the Eurozone. The markets are often news-driven and everyone is trading following the stories," John Monaco, a trader at Wellington Shields & Co., LLC, told Xinhua.

The IHS Markit Flash Germany manufacturing PMI registered 44.7 in March, down from 47.6 in February, its lowest reading in over six-and-half years.

Earlier this week, the US Federal Reserve also lowered its economic growth forecast for 2019.

The renewed fears over slowing global growth were widely shared by traders.

On the bond markets, a closely watched measure of the Treasury yield curve temporary inverted on Friday, highlighting fears that a global slowdown will take a toll on the US economy.

The spread between the US three-month Treasury bill yield and the 10-year note rate turned negative, the first time since 2007, according to Refinitiv Tradeweb data.

An inverted yield curve happens when short-term rates surpass their longer-term counterparts. This is considered an important indicator of a recession coming in the near future, Mark Otto, an experienced New York Stock Exchange trader, told Xinhua.

Yield curve inversion could be a warning of possible economic recession, but it does not necessarily mean the recession is on the horizon, Otto added.

Despite Friday's steep sell-off, the US equities still posted solid gains for the year, with the S&P 500 and Nasdaq climbing 11.7 percent and 15.2 percent, respectively, while the Dow up more than 9 percent.