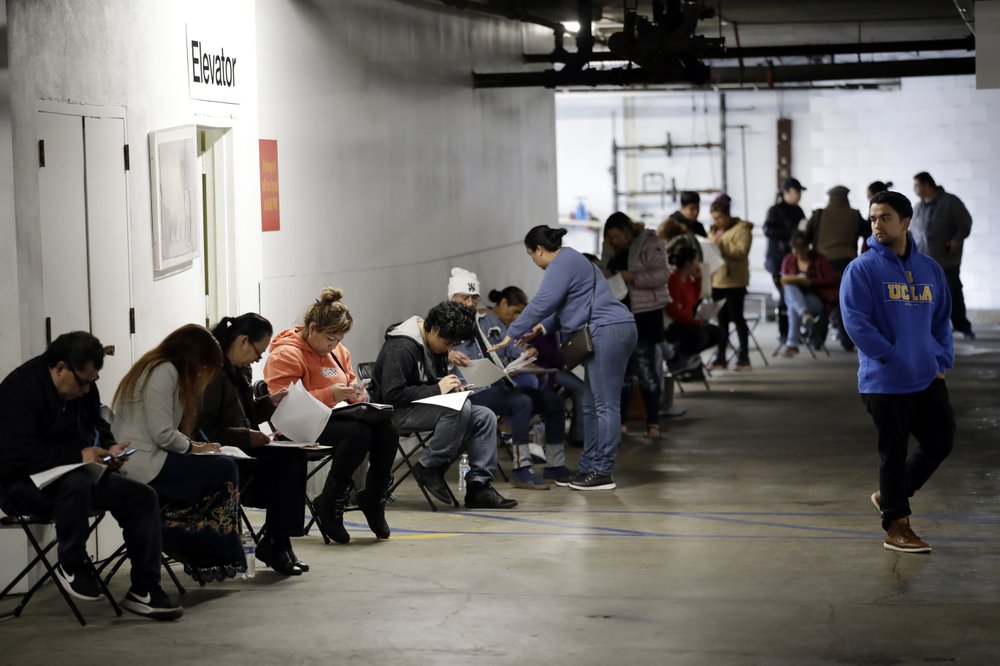 FILE - In this March 13, 2020 file photo, unionized hospitality workers wait in line in a basement garage to apply for unemployment benefits at the Hospitality Training Academy in Los Angeles. (Photo: AP)

WASHINGTON, April 8 (Xinhua) -- The newly released minutes of the U.S. Federal Reserve's March policy meeting showed that all participants saw U.S. economic activity as "likely to decline" in the coming quarter and viewed "downside risks to the economic outlook as having increased significantly."

"All participants viewed the near-term U.S. economic outlook as having deteriorated sharply in recent weeks and as having become profoundly uncertain," according to the minutes released Wednesday afternoon.

"Many participants had repeatedly downgraded their outlook of late in response to the rapidly evolving situation," the minutes said.

At the meeting on March 15, the Federal Open Market Committee (FOMC), the Fed's policy-setting body, trimmed its benchmark interest rate by a full percentage point to near zero, the second emergency cut within a month.

"In their consideration of monetary policy at this meeting, most participants judged that it would be appropriate to lower the target range for the federal funds rate by 100 basis points, to 0 to 0.25 percent," the minutes said.

"In discussing the reasons for such a decision, these participants pointed to a likely decline in economic activity in the near term related to the effects of the coronavirus outbreak and the extremely large degree of uncertainty regarding how long and severe such a decline in activity would be," according to the minutes.

Participants also noted that the coronavirus outbreak was harming communities and disrupting economic activity in many countries, including the United States, and that global financial conditions had also been significantly affected, the minutes said.