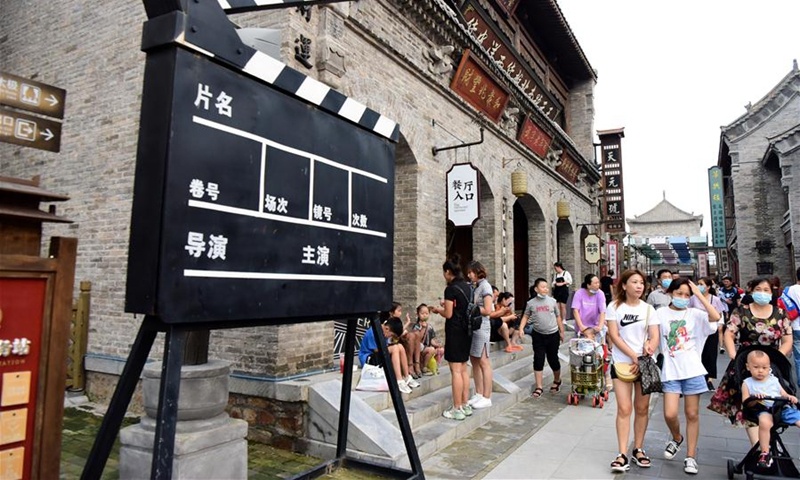 Box office revenue in the Chinese mainland during the three-day Dragon Boat Festival holiday, also known as the Duanwu Festival, reached about 466 million yuan ($72.81 million), the lowest figure for any year since 2015 - with the exception of 2020.

Analysts said that the lack of big-ticket blockbusters and the poor quality of the films that were shown dented movie-goers' enthusiasm.

Shi Wenxue, a movie critic, told the Global Times on Tuesday that there were no leading blockbusters among the films shown during the Dragon Boat Festival holiday.

The box office totaled over 820 million yuan during the 2021 Qingming Festival holiday and nearly 1.7 billion yuan over the May Day holiday, boosting the domestic film industry's confidence.

"Films that made their debuts during the Qingming Festival holiday and May Day holiday eased people's pent-up passion to watch films, but led to the small audiences during Dragon Boat Festival holidays," said Shi.

Shi also suggested that the COVID-19 pandemic had caused some producers to hold back films, which then had to be shown quickly to ensure their income.

The Chinese film industry had recovered to about 80 percent of the levels before the pandemic, in terms of total box office income in 2021 so far, according to Shi.

Zhejiang Province-based film director Xiang Kai told the Global Times that about 50 percent of small or middle-sized film companies went bankrupt during the COVID-19 pandemic, causing a shortage of films.

"Some may also have looked at the hot market during the previous two holidays and planned to make big profits during the Dragon Boat Festival holiday by showing cheap, low-quality films," said Xiang.