DSM regards China as a key country to invest in and expects to grow rapidly through a long period, a senior executive of DSM said on the sidelines of the World Economic Forum's Annual Meeting of the New Champions 2019, also known as the Summer Davos Forum, in Dalian, Liaoning province. 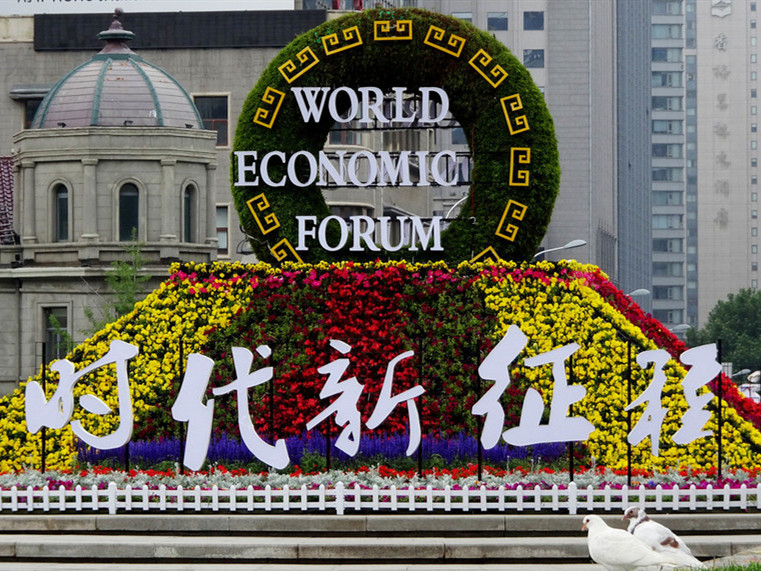 "Over the past years, we've grown very rapidly, year after year. We think we should grow by double digits (annually) through a longer period," said Dimitri de Vreeze, member of the managing Board of Royal DSM, a Dutch multinational company specializing in nutrition, health and sustainable living.

According to him, the ongoing trade tensions between China and the US have had a little impact on DSM.

"Not on the direct consequences of import duties, but I think at the end of the day, the tariffs are not really hurting us in the sense that we produce locally and sell locally. But we see it having an impact on consumer confidence," he said.

"We also see impact indirectly because of consumer confidence and the value chain reacting in reducing their stocks. Longer term, I think this is something which will have to resolve itself," he added.

China is the fastest-growing area for DSM, which has 49 branches in China, including 25 production sites, and employs almost 5,000 people.

"DSM basically chooses markets which are key for the world and key for China for the future," he said.

The company now focuses on three areas: nutrition and health, climate and energy, and resources and circularity. These areas are all very relevant for the China market.

Recently, it stepped up collaboration with Chenyang Group, a world-leading manufacturer of environmentally friendly paints and coatings, to cooperate more extensively to drive sustainable coating solutions in the Chinese market.

"Moving forward, we will be sure to increase our manufacturing capacity in China, just like last year. We upgraded our vitamin C facility in Jiangshan as part of our ongoing commitment to quality, safety, sustainability and production efficiencies. And prior to that, we had finished an investment in Shunde in waterborne," said De Vreeze.

De Vreeze said he saw that if the direction has been chosen in China, the implementation is being thought through and thoroughly being implemented, such as the Blue Sky policy, where overall improvements in the industry have been huge.

"As a manufacturer of high-performance materials, we have the confidence to meet the needs of the ever-evolving industry," he said.