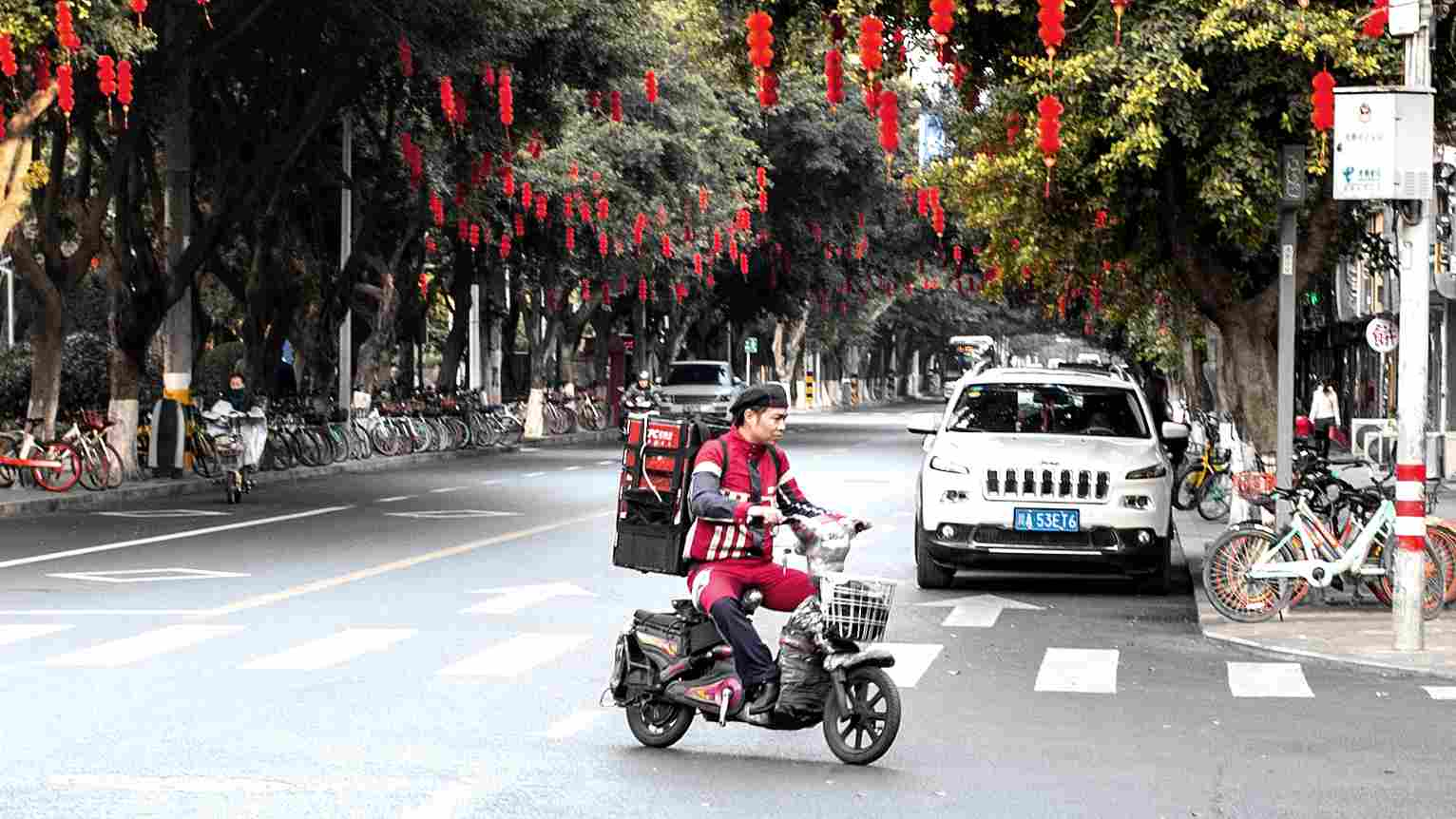 E-commerce is transforming the way people consume, spend and eat during Spring Festival in China, with major platforms this year maintaining services despite the week-long national holiday.

As people returned to work on Monday from their homes or trips overseas, Spring Festival was business as usual for many couriers across the country, with platforms like Suning, JD.com and Meituan Dianping all promising users “春节不打烊” (no shutting up shop for Chinese New Year).

Over the entire "Chunyun" period (from January 21 to February 10), which sees workers across the country return to their hometowns or take time off to travel, 1.61 billion parcels were delivered, a 33-percent increase over the same period last year.

The figures are impressive, amid concerns that consumption in China has begun to slow down in recent months. But if Spring Festival is a national holiday, why were so many couriers still working?

China's Labor Law states that employers should either "arrange rest for laborers in accordance with law" during Spring Festival, or pay "no less than 300 percent of their wages" if they are required to work during the national holiday period.

Prior to Chinese New Year, the State Post Bureau issued a notice calling on all enterprises to "strictly implement the provisions of the Labor Law" during the festival, and to show "care and concern for employees by practical measures."

Suning revealed it paid an extra 300 million yuan (44.2 million U.S. dollars) to its staff during the holiday period, while JD.com not only paid extra wages according to the law, but also offered to pay for the families of workers to spend Spring Festival in Beijing.

JD.com promised to maintain its usual services in more than 300 cities across the country. With couriers on the frontline, JD.com's customer service remained online for 24 hours a day, with no need for any rest at all.

How is that possible? The customer service was manned by intelligent bots. Prior to the festival, JD.com revealed that users of its platform could get in touch with their AI customer service, using an interactive voice response (IVR) system to handle phone calls with users.

According to Xinhua, the Spring Festival period saw consumers spend more than ever before on deliveries of fresh produce, with the New Year holiday traditionally a time for the family to make dumplings and other home-made dishes together.

While e-commerce means there is no longer a need for families to stockpile food ahead of stores shutting up for the week like previous years, Xinhua reports that it's also giving a helping hand to millions of families who aren't so keen on cooking their own New Year's Eve meals.