A Dada rider delivered Chilean cherries and wine to guests at the opening ceremony of Sixth Chile Week on Tuesday for the launch of the Online and Offline Chile E-commerce Festival at the Chilean Embassy in Beijing. 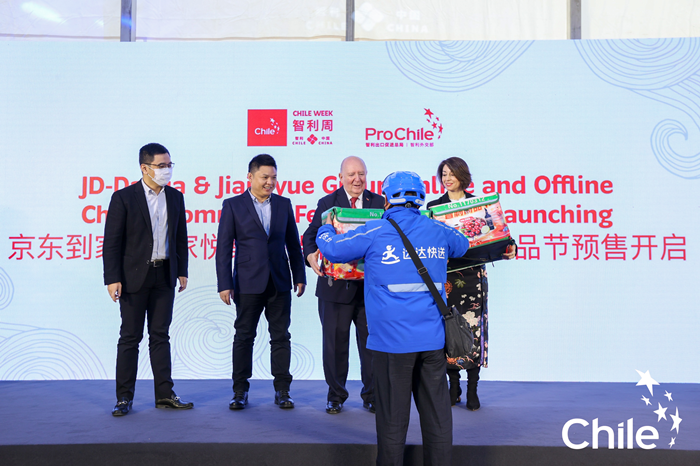 A Dada delivery rider at the opening ceremony of Sixth Chile Week. (Photo provided to the People's Daily)

The Chilean festival is being held simultaneously online and offline for the first time, said Huijian He, vice president of Dada Group and JDDJ general manager.

He vowed to bring consumers an upgraded shopping experience of “online ordering, home delivery within one hour.”

JDDJ is helping Jiajiayue promote its digitalization and online traffic, marketing, order fulfilment and product management while increasing its online sales and customer base.