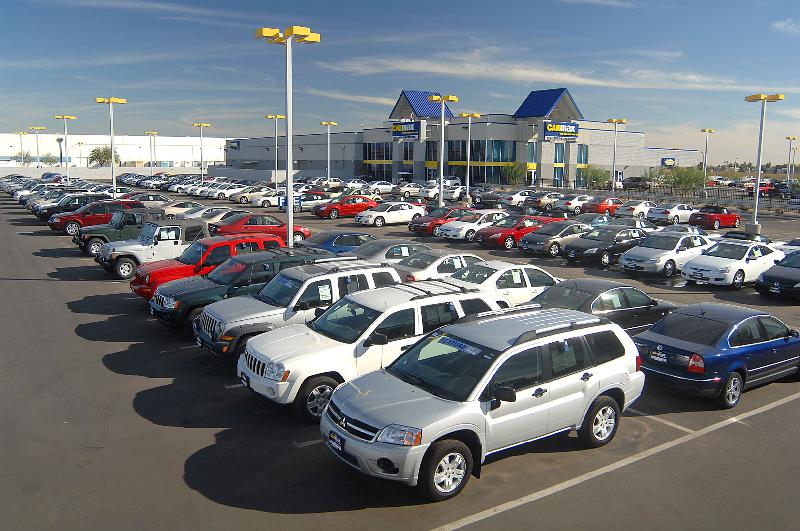 Dai Kun, founder of Uxin, said the online market for used cars should focus on establishing a product standardization system to give customers confidence in purchasing used cars, like shopping for other products online.

He said the company provided a package of services from tests of second-hand vehicles, and sales, to car loans and maintenance.

Compared with the boom in online business, China's largest second-hand car market, the Huaxiang market in southern Beijing, which has a cluster of over 600 shops, is seeing less shoppers.

"It is obvious that the market is having a smaller flow of visitors, as more and more customers opt to shop online," said Qin Ce, who has been working in Huaxiang for five years as a salesman.

Vendors in the market are trying to catch up with digital sales by publishing their sales information on social media platforms such as WeChat, Weibo and Kuaishou to help strengthen offline business.

He said the company sold 800 cars last year, with online sales accounted for half of the company's overall sales, and 70 percent of cars sold being middle and high class models.

According to a research done by Analysys, the total number of China's online sales of used cars reached 2.18 million units in 2017, up 51.2 percent year on year. It forecast the number would increase to 6 million cars by 2020.

Jia Xinguang, executive director of the China Automobile Dealers Association said that as China lowered tariffs on imported vehicles and auto parts and cut the first installment of car loans, the market would see greater growth.

Wang Meng, who works in both the market and as an online car dealer, said young people in China no longer used a car until it could not be repaired, but rather changed cars for the style and new technology.