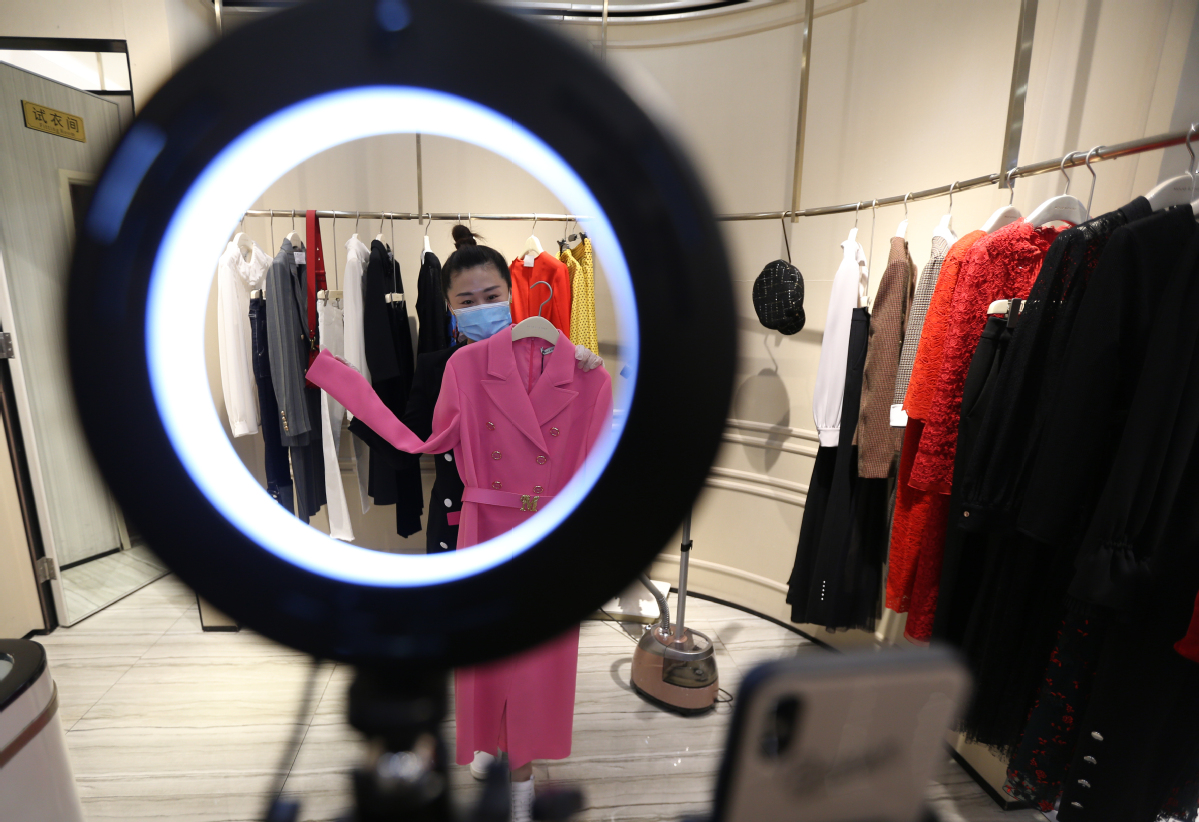 A shopping guide sells clothes on the livestream platform at a mall in Beijing on March 19, 2020. (File photo: China Daily)

E-commerce live streaming has become the fastest growing personal internet app in the first half year of 2020 in China, according to the 46th China Statistical Report on Internet Development released on Tuesday by the China Internet Network Information Center.

The boost in live-stream shopping in China has accelerated the transformation of traditional industries, and widened customers’ access to agricultural products, which are usually grown in remote rural areas. The number of online retail users reached 749 million, accounting for 79.7 percent of internet users, and the market has topped the world for seven consecutive years.

The report said that as of June 2020, the number of Chinese internet users reached 940 million, or a fifth of global internet users.  Internet penetration was 67 percent, which is about five percent higher than the global average, and 99.2 percent of internet users can use their mobile phones to connect to the internet.