Major e-commerce sites such as Alibaba Group's Taobao and JD.com have pulled products related to retailer H&M after the company sparked widespread fury on Wednesday evening for its previous statement that it is "deeply concerned" about reports of "forced labor" in Northwest China's Xinjiang Uygur autonomous region. 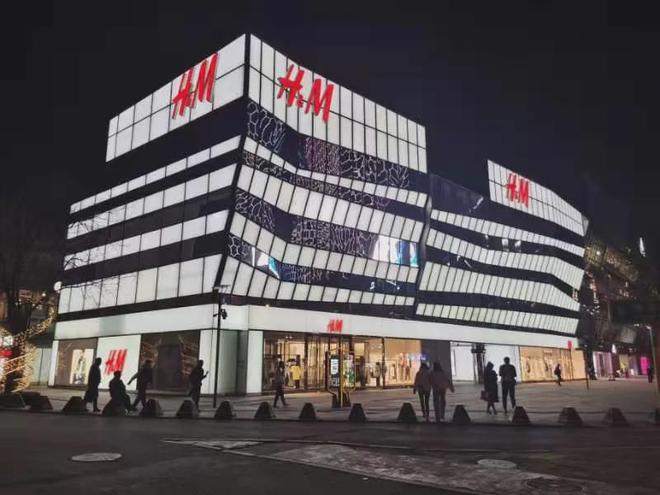 Several Chinese celebrities, including actor Huang Xuan, and singer and actress Song Qian, announced around the same time on Wednesday that they have terminated contracts with the global clothing brand, and "steadfastly object to" any action aimed at smearing or spreading misinformation about China and its people.

In an earlier statement published on its official website, H&M said due to "reports from civil society organizations and media that include accusations of forced labor and discrimination of ethnoreligious minorities in Xinjiang," the company does not work with any garment manufacturing factories from Xinjiang and does not source products from there.

Chinese netizens have voiced their outrage at the company's stance.

"H&M has reaped huge profits in China, while insidiously slandering and making false charges against China. Such a company has crossed a bottom line," said one netizen on the microblogging site Weibo.

China Media Group said in a commentary released on Wednesday evening that H&M's baseless claim is "filled with prejudice and reflective of its ignorance."

"We welcome all foreign enterprises to invest in China but the bottom line cannot be touched and respect is a prerequisite for conducting business," it said. "China's determination to safeguard the development, stability and unity in Xinjiang is unwavering."

At about 8:30 pm on Wednesday, H&M published a statement on Weibo, saying that it has abided by the principle of being open and transparent when managing its global supply chains, and has made sure all suppliers comply with its guidelines.

"The company does not represent any political stance," it said. "The company has always respected Chinese customers and is committed to long-term investment and development in the country."

The company now has cooperation deals with more than 350 manufacturers in China, the statement said.

Online netizens have so far criticized the statement for being vague and incomprehensible.

Also on Wednesday, domestic sportswear company Anta said it has withdrawn from the Better Cotton Initiative, a nonprofit organization devoted to improving global cotton production. The organization has previously accused Xinjiang of using forced labor to plant and harvest cotton.

"We have been purchasing and using cotton produced in China, including that from Xinjiang, and in the future, we will continue to do so," Anta said in the statement.