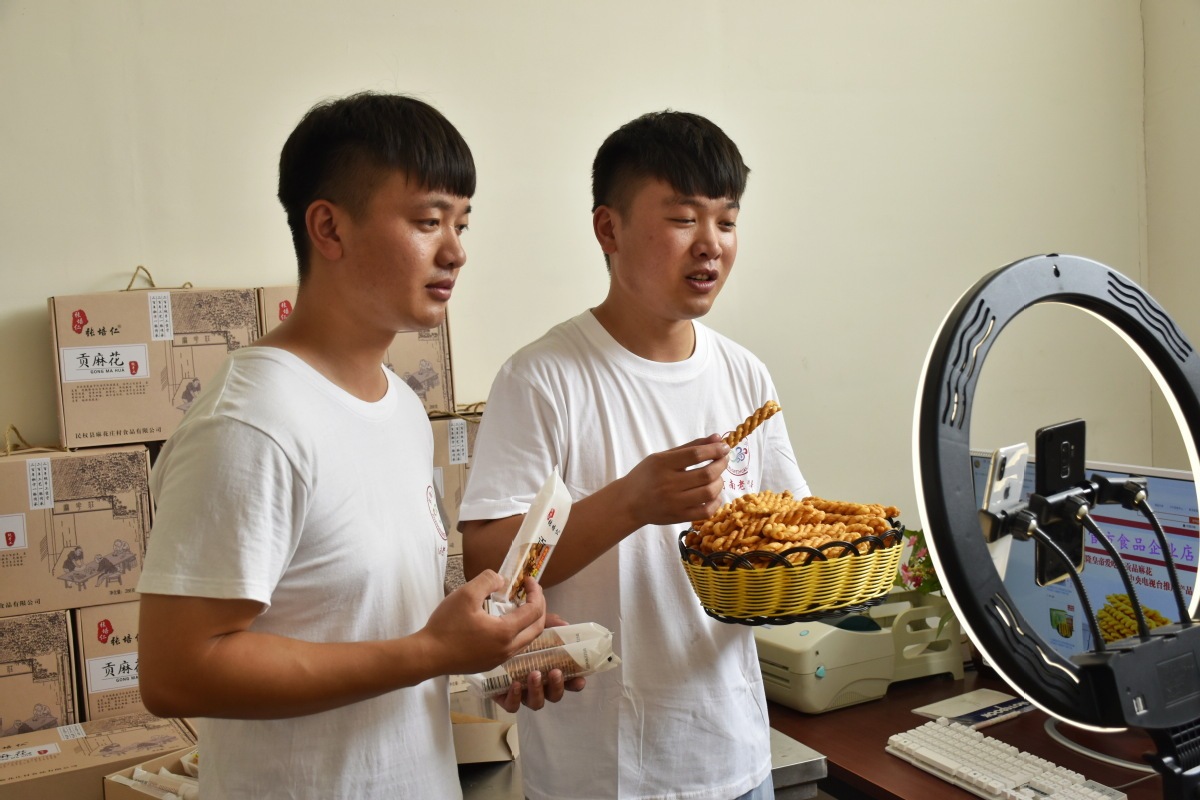 BEIJING - Online retailing, an important force in fighting poverty, has basically returned to pre-COVID-19 levels in China's 832 national-level poverty-stricken counties in the third quarter of the year, according to the Ministry of Commerce.

In the third quarter, the counties' online retailing grew 34.5 percent year on year, 1.9 percentage points higher than the annual growth in 2019.

Online retailers in these counties registered online sales of 206.88 billion yuan (about $30.7 billion) in the January-September period, up 24.1 percent year on year.

Sales of agricultural products from these poor counties through e-commerce platforms surged 48.1 percent to 26.42 billion yuan during the period, data from the ministry showed.

The counties had 3.05 million online retailers by the end of September, up 16.3 percent from end-Q2, which effectively contributed to job creation, the ministry said.