Chinese people on average now have about five bankcards, but regulators need to keep an eye on the uses and risks of the cards, analysts noted on Sunday. 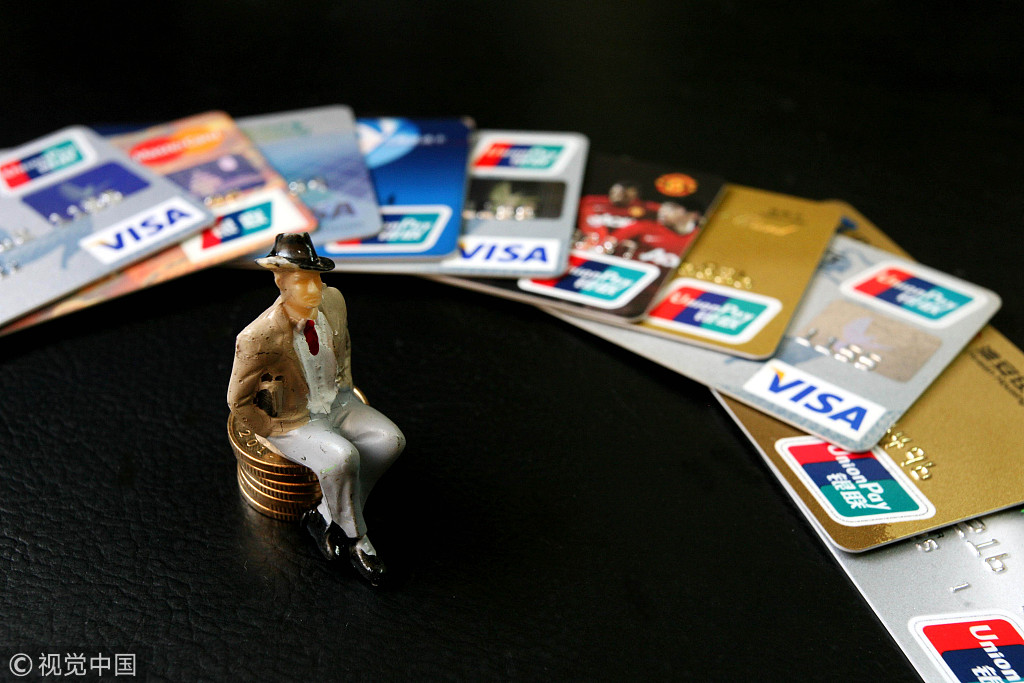 China had issued 7.03 billion bankcards by the end of 2017, meaning each Chinese national had about five cards on average, media reports said Wednesday, citing a report released by the China Banking Association.

The industry report said each Chinese held 4.49 debit cards and 0.57 credit cards on average at the end of 2017.

Chinese financial institutions issue debit cards mainly to provide a variety of convenient services for holders and debit cards are not related to borrowing money from banks, so it's no problem if people have about five of these cards, a Shanghai-based economist who preferred to be anonymous told the Global Times on Sunday.

Dong Zheng, an independent analyst, agreed, saying that "for example, a person is likely to be required to have a debit card at a certain bank by their employer" to receive their salary and people who switch jobs will therefore hold many cards.

Data from the American Banking Association showed that there were 364 million open credit card accounts in the US as of the end of 2017, said industry website creditcards.com.

Credit cards are found in most Americans' wallets and about seven in 10 Americans have at least one credit card, the website showed.

Analysts warned that if some people have too many bankcards, credit cards in particular, there would be some risks regarding capital turnover, so relevant departments should keep an eye on these risks and tighten the regulations.