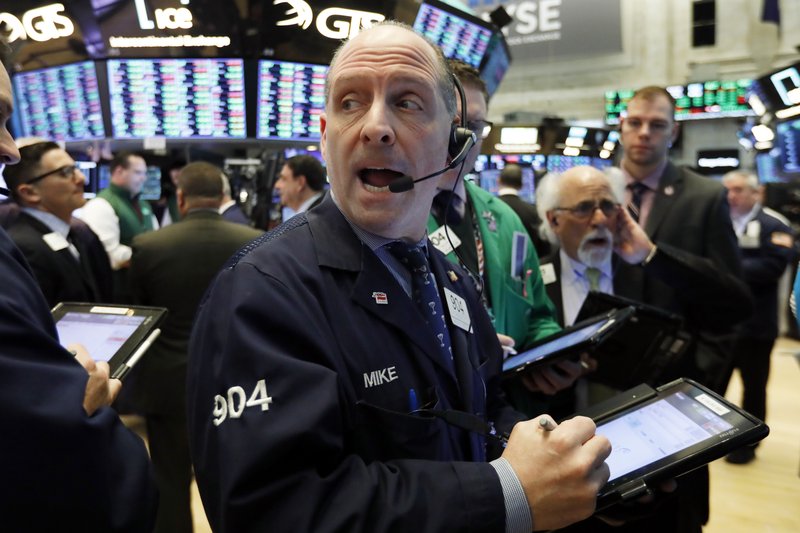 Major US stock indexes were mostly lower Tuesday afternoon after giving up some of their early gains as investors assessed a mixed bag of corporate results and looked ahead to a heavy schedule of news on companies and the economy.

Xerox and 3M rose after reporting solid results, but Harley-Davidson fell. Apple reports its results after the close of trading.

Washington will continue trade talks with Beijing this week, and British lawmakers resume debate on the country’s looming departure from the European Union in March. Currently there is no deal in place to insure smooth trade between Britain and the rest of Europe after Britain leaves the bloc.

In the U.S., the Federal Reserve ends its latest interest rate policy meeting on Wednesday and the government releases its monthly employment report, the most important indicator on the US economy, on Friday.

The jobs report will have even more importance than usual because many other reports on the economy have been delayed because of the five-week partial shutdown of the federal government that ended Friday.

ANALYSIS: “We’re still pretty much in a tight race today,” said John Lynch, chief investment strategist for LPL Financial. “We think earnings are good and economic growth is good, it’s just not great like it was last year.”

PHARMA: Pfizer rose after the world’s largest drugmaker reported mixed results. While hefty costs for layoffs and acquisitions sunk fourth-quarter profit, the results still topped Wall Street forecasts. The company has been struggling to upgrade sterile injectable drug factories it bought from Hospira, but repairs have dragged on and production shutdowns have cut into sales.