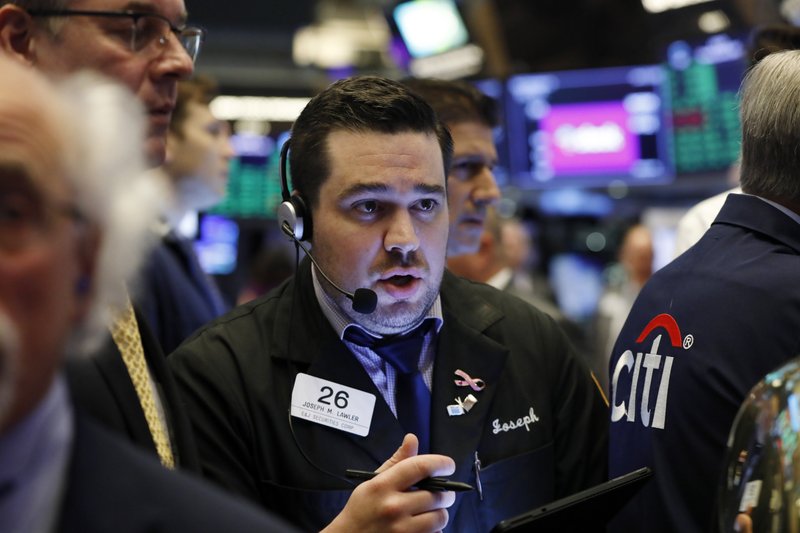 An early surge on the stock market Thursday put the S&P 500 index within range of another record high.

Technology stocks were the biggest gainers in a sign that investors are in a bullish mood and hungry for riskier holdings. Oracle rose 8.6% after it reported solid financial results. Cisco gained 1.8%.

Energy stocks made big gains on a 5.4% surge in oil prices. Oil spiked as tensions between the U.S. and Iran tightened, which raised fears that oil shipments through the Strait of Hormuz could be compromised. Iran’s Revolutionary Guard said it shot down a U.S. drone on Thursday over Iranian airspace. The drone shooting follows last week’s attack on two oil tankers near the Gulf of Oman.

The Federal Reserve on Wednesday reaffirmed its position that it is prepared to cut interest rates if trade conflicts or other factors threaten economic growth. It left its benchmark interest rate unchanged but investors are betting on at least one interest rate cut this year.

Cruise line operators were among the few losers in the early going after Carnival slashed its profit forecast for the year. It cited technical issues with its Vista ship. It also cited a ban on U.S. cruises to Cuban ports and an economic slowdown in Europe, which both have broader implications for the sector. Carnival sank 10.3%, Royal Caribbean fell 2.8% and Norwegian fell 2.9%.