The Secretariat of the Intergovernmental Authority on Development (IGAD) has lauded the China-built International Free Trade Zone (DIFTZ) in Djibouti. 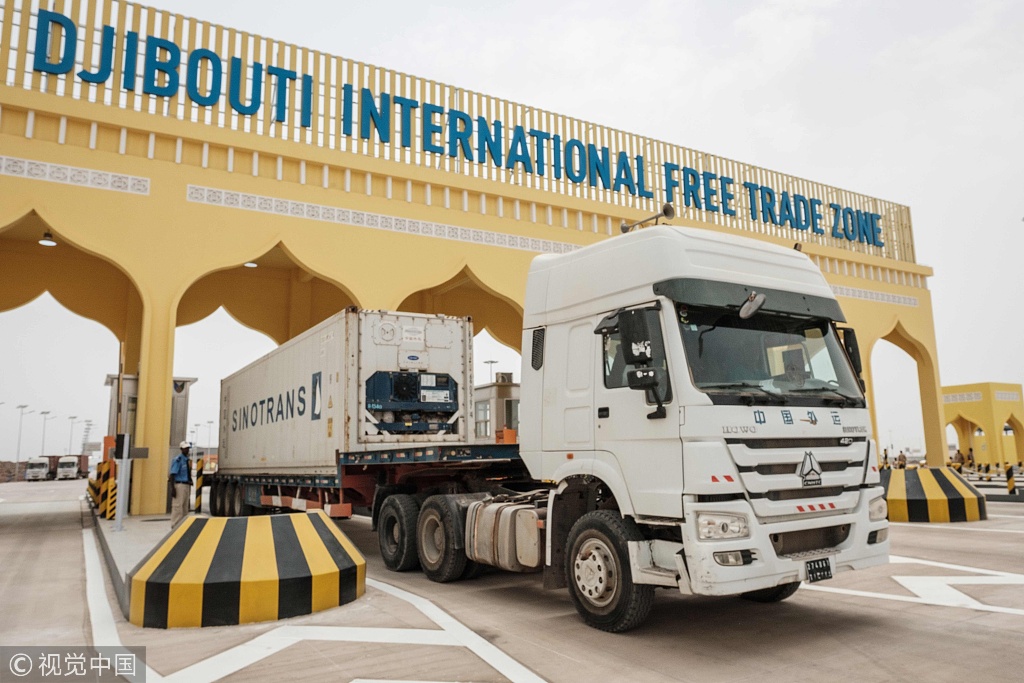 A container truck passes through the main gate of Djibouti International Free Trade Zone (DIFTZ) after the inauguration ceremony in Djibouti on July 5, 2018. [File Photo: VCG]

The Horn of Africa nation last Thursday inaugurated the DIFTZ at an august ceremony in Djibouti.

"This is a clear demonstration of regional economic integration that the member states have been working towards," IGAD said in a statement on Tuesday.

The 370-million-U.S.-dollar project consists of three functional blocks located close to all of Djibouti's major ports, and the pilot zone will have four industrial clusters, focusing on trade and logistics, export processing and business support.

Estimated to handle over 7 billion dollars' worth of trade in the next two years, the Free Trade Zone will house manufacturing, warehouse facilities, an export processing area and service centers that will create over 15,000 job opportunities, IGAD has noted in the statement.

President Ismael Omar Guelleh of Djibouti stated during the launch that the Free Trade Zone is a place of hope for thousands of young job seekers.

The importance of this Free Trade Zone extends beyond the IGAD region to the rest of the African continent, as was well articulated by President Paul Kagame of Rwanda, who noted that it will not only serve Djibouti but wider regions of the continent.

Speaking during the inaugural ceremony, Prime Minister Abiy Ahmed of Ethiopia expressed his country's support to Djibouti in efforts to speed up regional economic integration.

"The IGAD Secretariat is proud of this important milestone in regional integration and associates with it as it contributes towards the realization of the aspirations of the ongoing discussions on the IGAD free movement protocol and the African Continental Free Trade Area (AfCFTA)," said the East African bloc.