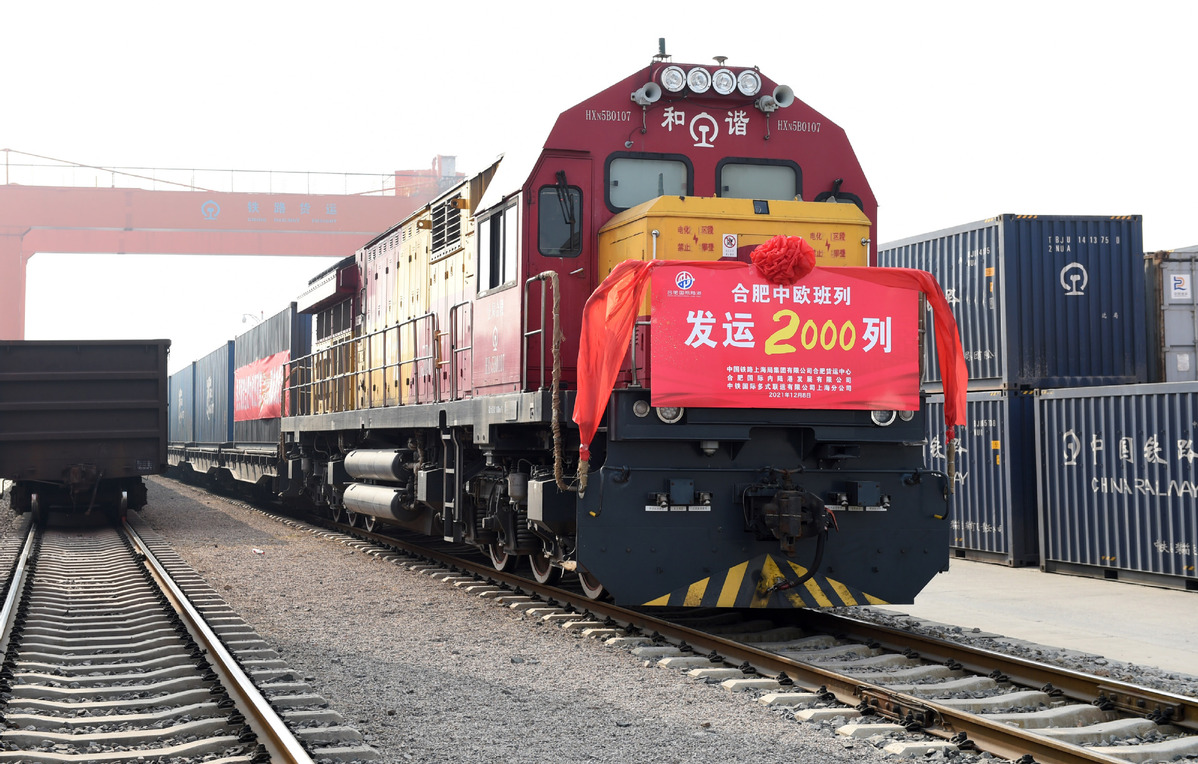 The total trade value generated by the railway service has exceeded 10 billion U.S. dollars since 2014, according to Hefei International Land Port Development Co., Ltd., which is in charge of the freight train operations.

Goods such as tea, home appliances, auto parts and robots have been transported via the service, the company added.

Hefei opened its first China-Europe cargo train to Almaty, Kazakhstan in June 2014. As of May 2022, its freight train service has reached 81 destinations in 17 countries.