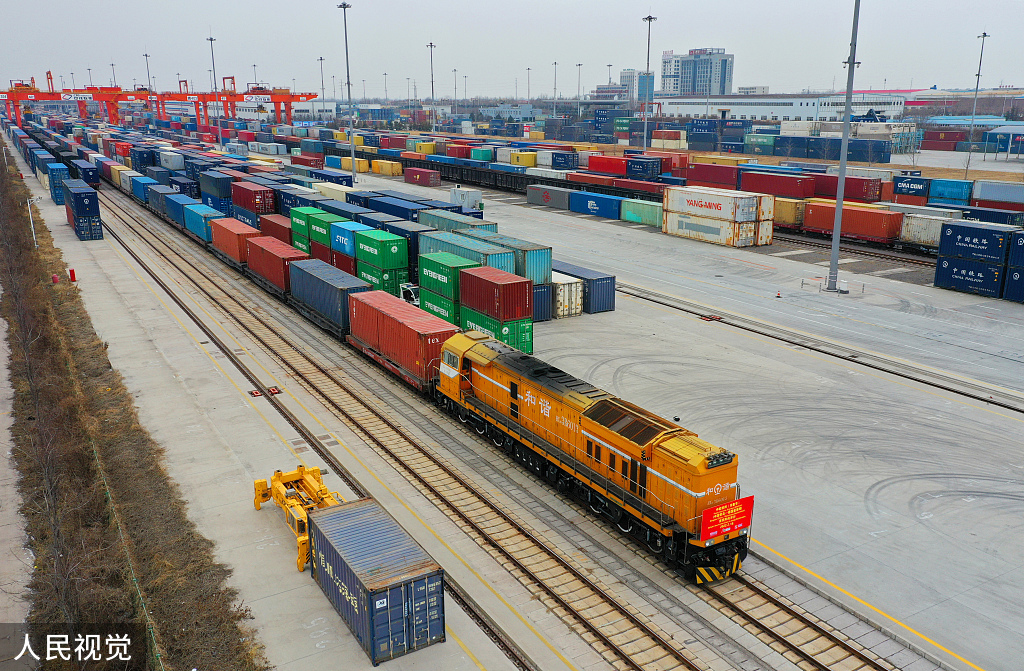 A freight train is ready to leave for Germany at the demonstration area in Shandong province on Feb 18, 2022. (Photo: VCG)

The demonstration area in the city of Qingdao, Shandong province, saw 523 such freight trains in the period, up 46.1 percent year-on-year, according to Jiaozhou customs in Qingdao.