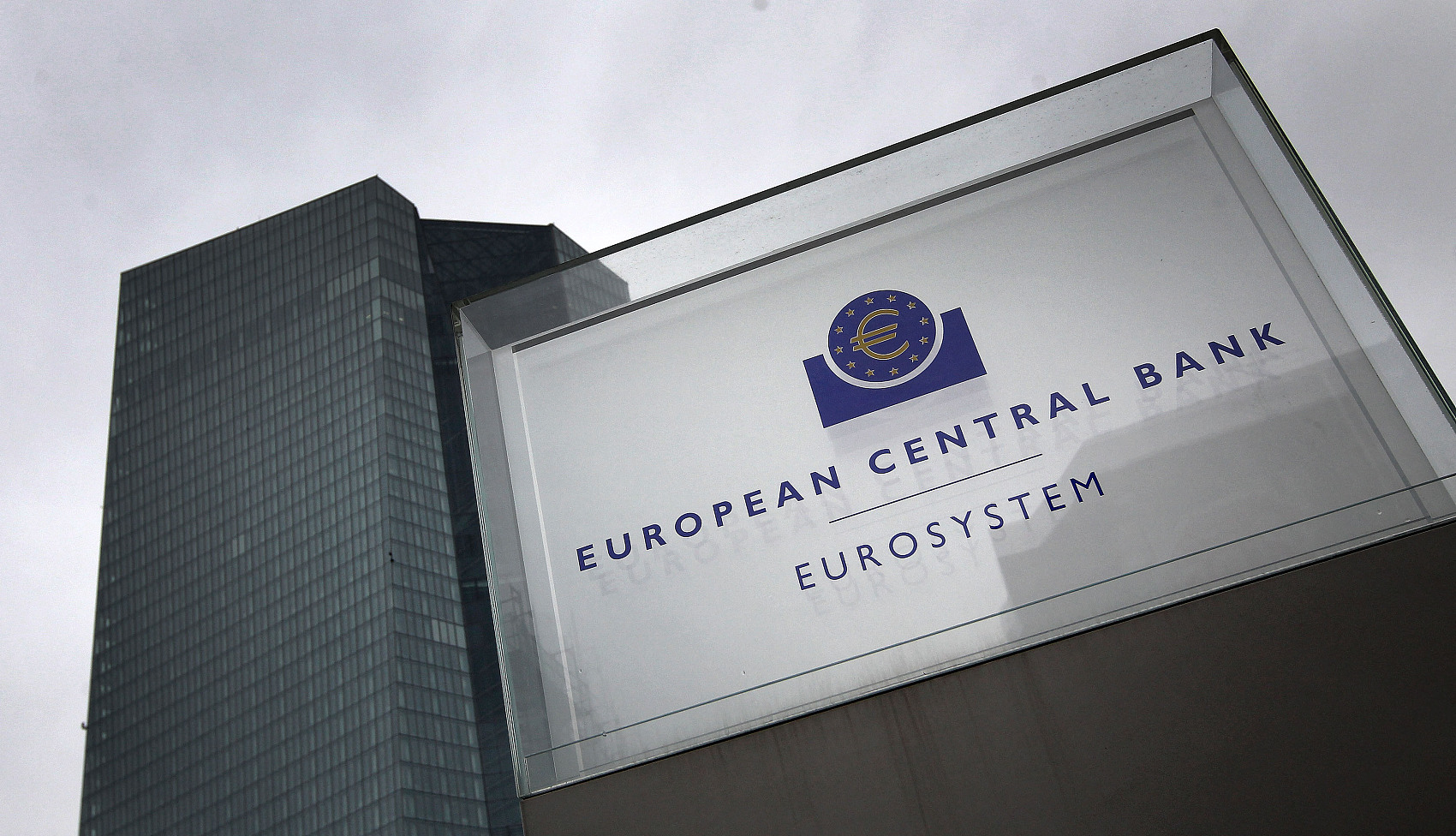 This file photo taken on March 12, 2020 shows the headquarters of the European Central Bank (ECB) in Frankfurt am Main, western Germany. (Photo: CFP)

FRANKFURT, July 22 (Xinhua) -- The European Central Bank (ECB) said on Thursday that it decided to leave key interest rates unchanged and revised its forward guidance according to the new 2-percent symmetric inflation target.

The ECB Governing Council "expects the key ECB interest rates to remain at their present or lower levels until it sees inflation reaching two percent well ahead of the end of its projection horizon and durably for the rest of the projection horizon," the central bank said in a statement.

"This may also imply a transitory period in which inflation is moderately above target," it added.

Earlier this month, the ECB approved a new monetary policy strategy that adopts the symmetric 2-percent inflation target over the medium term, following an 18-month strategy review. The previous diction was "below, but close to" 2 percent.

The ECB said on Thursday that the tweak of the forward guidance was meant "to underline its commitment to maintain a persistently accommodative monetary policy stance to meet its inflation target."

According to the latest decisions, eurozone key interest rates will remain at record low levels, with the base interest rate, marginal lending rate and deposit rate unchanged at 0.00 percent, 0.25 percent and minus 0.50 percent, respectively.

The ECB also decided to keep stimulus unchanged, saying that it continues to expect purchases under the pandemic emergency purchase program over the current quarter to be conducted at a significantly higher pace than during the first months of the year.

At the press conference, ECB President Christine Lagarde highlighted "patience in order to gain confidence" was the message embedded in the new forward guidance for interest rates.

"I wouldn't say it's lower for longer," Lagarde said, "I would say that it's an indication that none of us would want to tighten prematurely."

Lagarde noted that the euro area recovery is "on track" but the Delta variant "constitutes a growing source of uncertainty." The Delta variant could dampen the recovery in services, especially in tourism and hospitality, Lagarde added.

On rising prices, Lagarde reiterated that the increase is expected to be mostly temporary and the inflation outlook over the medium term remains subdued.

Euro area headline inflation was 1.9 percent in June, slightly down from 2 percent in May. It was almost market consensus that inflation will increase further in the coming months.

In a report this week, Bundesbank, Germany's central bank, said it expects a return to significantly higher inflation rates, with inflation potentially temporarily exceeding the 4 percent mark by the end of the year, in part because of the base effects from last year's VAT reduction.

Friedrich Heinemann, an economist from the Leibniz Center for European Economic Research in Germany's Mannheim, said that with its latest decisions "the ECB is immunizing its negative interest rates and bond purchases against a surprisingly strong rise in inflation for a long time."

"While the risks of new waves of infection are evidently being carefully considered, there is little interest in the unmistakable signals that parts of the economy are beginning to overheat," Heinemann said in an online note. Heinemann expected ECB's zero and negative interest rates to be in place until at least 2023.

According to ECB's macro-economic projections in June, euro area annual inflation is forecast to stand at 1.9 percent in 2021, 1.5 percent in 2022 and 1.4 percent in 2023, which still fall behind the 2-percent target.

"We need more monetary stimulus from the ECB. We need action, not words," he added.