BUSINESS ECB says 'too early' to remove support despite rebound

ECB says 'too early' to remove support despite rebound 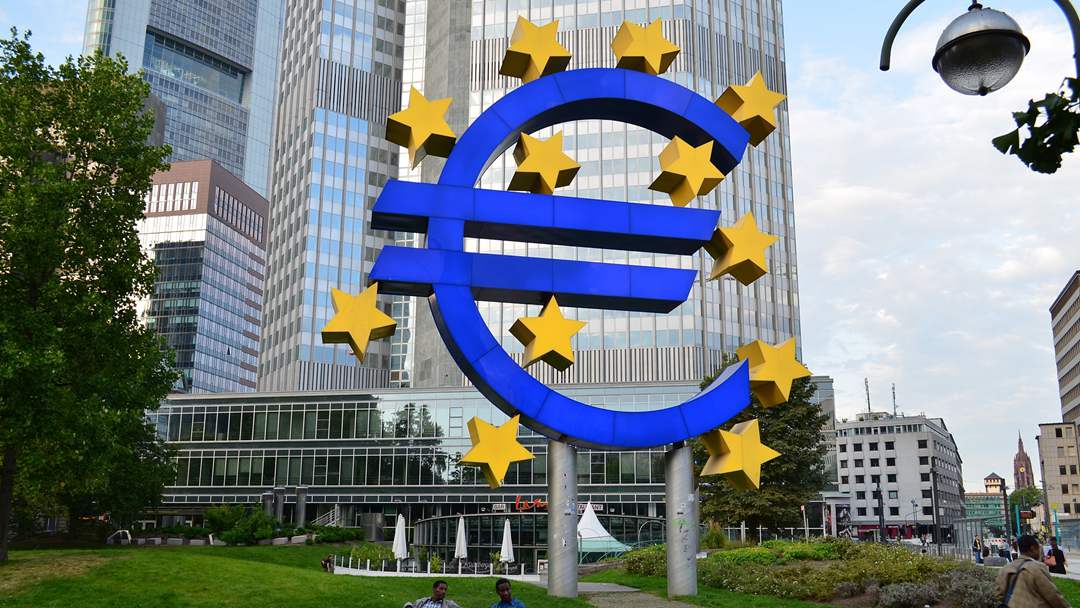 European Central Bank (ECB) chief Christine Lagarde on Thursday said it was "too early" to consider winding down pandemic support, even as the economic recovery gathers steam and inflation surges past the bank's target.

The ECB held interest rates at record lows and made no tweaks to its 1.85-trillion-euro ($2.2 trillion) pandemic emergency bond-buying scheme, aimed at keeping borrowing costs low to spur spending and investment.

Lagarde, a former French finance minister, said it would be "too early and premature" to discuss tightening monetary policy, saying continued support was needed to cement the rebound.

The outlook for the 19-nation zone has brightened considerably on vaccination progress and booming post-lockdown demand as businesses reopen.

"We expect economic activity to accelerate in the second half of this year," Lagarde said.

An uptick in consumer spending, strong global demand and fiscal and monetary stimulus "will lend crucial support to the recovery", she added.

But she warned that the economic healing remained fragile and strongly depended on how the pandemic evolves.

In updated forecasts on Thursday, the ECB said it now expected the eurozone economy to grow by 4.6 percent this year, up from 4 percent previously.

Optimism about the economic recovery is complicated however by a recent surge in inflation, a problem faced by central bankers around the world.

Lagarde reiterated that the jump in eurozone consumer prices is likely to be temporary, and that the longer-term outlook for headline inflation remains subdued.

Eurozone inflation hit 2 percent in May, its highest level in nearly three years and overshooting the ECB's benchmark of "close to, but below" 2 percent.

The price increases have been fueled by higher oil prices and temporary factors including shortages of raw materials and pent-up demand as different sectors emerge from shutdowns.

Core inflation, which strips out energy and other volatile items, remains muted.

The ECB's newest projections raised the inflation estimate for 2021 from 1.5 percent to 1.9 percent.

The bank then expects inflation to fall back, hitting 1.5 and 1.4 percent over the following two years.

The U.S. is facing a similar dilemma, where concerns are growing that the Federal Reserve could be forced to reduce or "taper" its bond-buying scheme, or lift interest rates earlier than planned to prevent the economy from overheating.

U.S. inflation spiked to 5 percent in May, according to data released during Lagarde's press conference.

Lagarde said although the ECB was "attentive to the global situation" and possible spillover effects, the eurozone was at a different point in the recovery than the United States.

"If the inflation situation in Europe is not as dramatic as in the U.S., those are quite unusual waters for the eurozone," said Ipek Ozkardeskaya, a Swissquote analyst.

Still, she said, "European businesses need support, and the ECB is here to provide them the support they need."

The ECB has for years maintained an ultra-loose monetary policy in a bid to drive up anaemic inflation and boost economic growth.

As well as record-low and even negative rates, it has offered super cheap loans to banks to encourage lending and investments.

On top of the pandemic emergency purchase program (PEPP) bonds, it is also hoovering up 20 billion euros ($24.35 billion) a month in government and corporate bonds under a pre-pandemic asset purchasing scheme.

The ECB announced in March that it would accelerate the monthly pace of PEPP purchases, to calm market jitters about rising bond yields at the time.

Observers expect the faster pace to be maintained until September, when the ECB could start reducing the purchases. The emergency scheme is set to run until the end of March 2022.

Asked whether ECB governors had already broached the topic of when to start "tapering" the purchases, Lagarde said it had not been discussed.

"The September 9 meeting could be the moment at which the ECB will at least start philosophizing about tapering," said Brzeski.