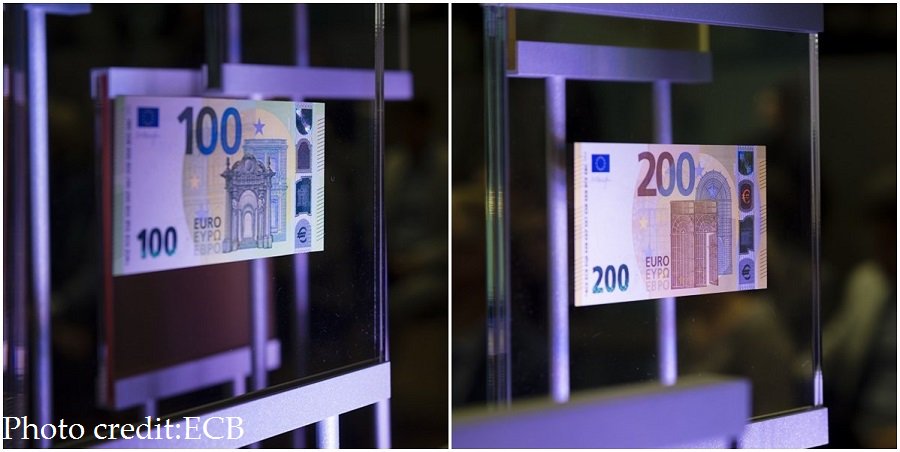 The new 100 euro and 200 euro banknotes are the last two denominations of the Europa series after 5 euro, 10 euro, 20 euro and 50 euro, according to a press release by ECB, which marks its completion.

The new banknotes are smaller than the current version, the ECB said.

As Executive Board Member of ECB Yves Mersch highlighted in his speech unveiling the new banknotes, with the changeover to the new 100 euro and 200 euro, the entire set of euro banknotes will continue to offer strong protection against counterfeiting.