China and Myanmar are poised to step up their economic cooperation, with a slew of Chinese investments in areas from infrastructure to energy and industrial zones in Myanmar after the two countries inked a deal to build a China-Myanmar Economic Corridor (CMEC) under the China-proposed Belt and Road (B&R) initiative. 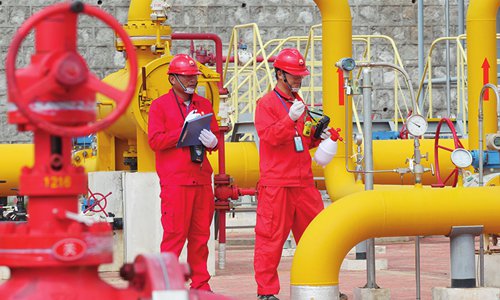 The deal comes at a time when Myanmar faces tremendous economic hardship at home and mounting global pressure over ethnic conflicts in the country. The CMEC offers an ideal solution for the Southeast Asian nation to weather the daunting challenges and points to the growing popularity of China's win-win, no-strings-attached cooperation model under the B&R, analysts noted on Wednesday.Chinese and Myanmese officials on Sunday officially signed a memorandum of understanding (MoU) on the joint construction of the CMEC, according to a statement from China's National Development and Reform Commission (NDRC). Following the signing of the MoU, Chinese and Myanmese officials, led by NDRC Vice Chairman Ning Jizhe and Myanmese Minister of Planning and Finance U Soe Win, held talks on Tuesday on the implementation of the CMEC.The two sides agreed to form working groups focusing on 12 different areas, including development planning, investment, transportation, energy and border economic cooperation zones, according to a statement from the NDRC.While details of the CMEC, including specific projects and investments, were not immediately disclosed, analysts said that the signing marks progress toward strengthened economic ties between the two neighbors."By signing the MoU on the CMEC, Myanmar has fully embraced the B&R in seeking help from China to deal with its domestic economic challenges and the rising global pressure," said Zhu Zhenming, a professor at the Yunnan Academy of Social Sciences. "And this opens the door for more cooperation between China and Myanmar."Zhu pointed out that while the CMEC will yield long-term benefits for Myanmar, it will also ease short-term difficulties, as the country is facing growing pressure both at home and abroad."Domestically, the Myanmese economy is growing very slowly because of the lack of investment. Globally, there has been talk of sanctions against Myanmar over the Rohingya issue. So more than ever, the country needs China," he said, noting that China should give Myanmar "more leeway" in cooperation deals.Tangible benefitsFirst proposed by China during Chinese Foreign Minister Wang Yi's visit to Myanmar in November 2017, the CMEC aims to link Southwest China's Yunnan Province to Myanmar's Mandalay, Yangon and Kyaukphyu regions. Chen Fengying, a research fellow at the China Institutes of Contemporary International Relations in Beijing, said that following the signing of the MoU, there will be a lot of investments and projects that will bring tangible benefits for Myanmar. "Like many countries in Southeast Asia, Myanmar needs a lot of investment for its social and economic development. So I think the CMEC will focus on helping Myanmar in that regard," Chen told the Global Times on Wednesday.Energy is also a key area of cooperation between China and Myanmar. The two countries have already begun building pipelines for oil and natural gas. A new pipeline that would connect the current China-Myanmar pipeline to Southwest China's Sichuan Province is expected to open by the year's end, according to media reports."All cooperation is based on mutually beneficial principles as China has stressed under the B&R. I think that is why Myanmar, despite the noises from the West about the B&R, chose to sign the CMEC," Zhu said.