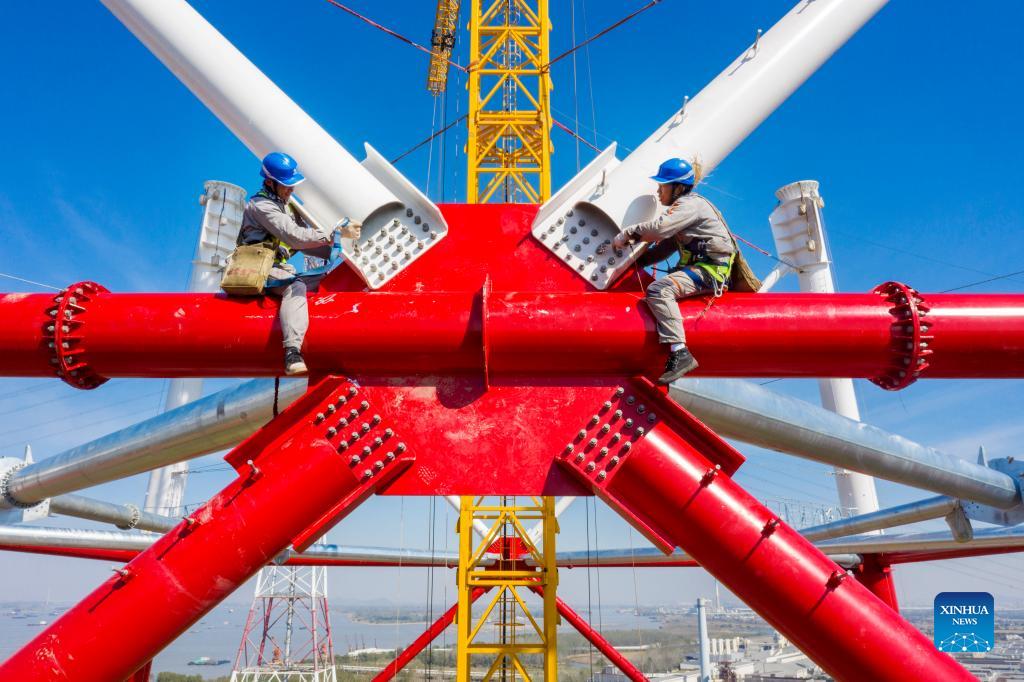 Recent signals indicate that Chinese policymakers are looking to prioritize growth stabilization over risk prevention, although they are always trying to balance the two sides, analysts said.

The government is expected to strengthen the cross-cyclical adjustment of macro policies, to maintain supply and price stability while helping enterprises overcome difficulties, Zhu Hong, a senior statistician from the National Bureau of Statistics, said on Saturday.

The policy stance is in line with Premier Li Keqiang's statement at a State Council meeting last week that the country's economic growth is facing "new challenges" and additional measures are needed to sustain stable growth.

The profits of China's major industrial enterprises maintained growth momentum in October, with year-on-year growth of 24.6 percent, 8.3 percentage points higher than in September, the NBS reported on Saturday. The profit growth of the mining sector and the raw material manufacturing industry accelerated markedly in October, Zhu said.

The manufacturing sector still faces inflationary pressure, and producers' profits may not see a quick rebound in the near term, although major indicators in October suggested an optimistic outlook, Zhu said.

Meanwhile, concerns over the prospects of the global economy rose last week after the World Health Organization reported a new COVID-19 variant named Omicron. Initial medical evidence suggests current vaccines may be less effective against it, and it could spread faster than the previous variant. Investors in global equity and commodity markets reacted on Friday with big sell-offs.

The possible reimposition of strict travel restraints, especially a drop in the number of flights, may cool inflationary pressure as the energy resources supply becomes more balanced due to weaker demand, economists said.

In China, the government may maintain a "zero COVID" approach despite high vaccination rates, which could require periodic lockdowns to combat virus outbreaks, said Katie Chen, director of the financial institutions services of Fitch Ratings. This would depress economic activity and limit domestic and international air travel, Chen said.

In their 2022 economic projections, economists from Goldman Sachs foresee a policy easing to offset downward pressure. However, the easing will not be as aggressive as in 2015 or early 2020, according to Shan Hui, Goldman Sachs' China chief economist, on Wednesday.

Monetary policy adjustments will focus on structural measures, such as relending programs to provide more targeted support, while the central bank is likely to leave policy rates unchanged next year.

Next year, fiscal policy is likely to loosen somewhat after tightening significantly, Shan said, with the augmented fiscal deficit rising from 11 percent to 12 percent in 2022.

"We expect both improved implementation of these long-term policies and 'less tight but not loose' cyclical policies in 2022," she added.

Whether it is central bank refinancing or expansionary fiscal policy to coordinate with monetary actions, the nation's rapid deleveraging is coming to an end, said Robin Xing, Morgan Stanley's chief China economist.

In terms of the growth rate of total social financing－the total amount of financing to the real economy－it might have hit a bottom in the fourth quarter of this year, Xing said, adding it is expected to rebound next year.

Economic growth could level out in the last three months of 2021, and the recovery is expected to accelerate in the second half of next year, mainly supported by more proactive fiscal actions, he said.