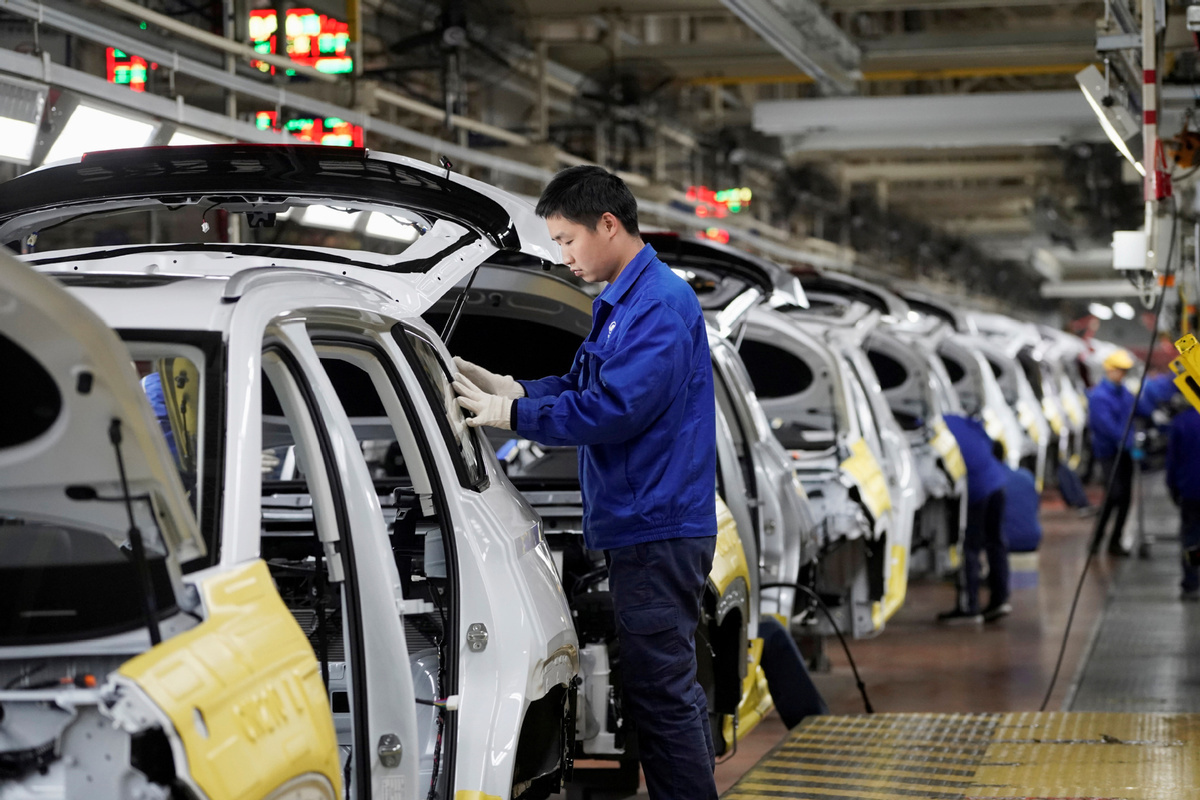 China's economic rebound has been a bright spot for some US multinational companies that have seen domestic revenue fall amid the slowdown caused by the COVID-19 pandemic.

China's GDP expanded 4.9 percent year-on-year in the third quarter, according to National Bureau of Statistics data released on Monday, a positive figure that far outpaced the recent performance of other major economies.

Domino's Pizza said strong retail sales growth in China during the third quarter sustained its international business at a time when about 300 of the United States-based company's locations worldwide were closed due to the virus.

"While we've had some slowdown in some of our markets around the world, China is definitely not one of them," Allison said, adding that he expected that China would soon be the company's largest market outside the US.

McCormick & Co, a Maryland-based spice maker that has used Chinese garlic in its recipes, said that while global sales fell 1 percent in the three months ended on Aug 31, due to weaker demand from restaurants in the West, the drop would have been more severe without China, the Journal reported.

General Motors Co said on Oct 12 that its vehicle sales in China increased 12 percent in the third quarter. GM has a Shanghai-based joint venture with SAIC Motor Corp that makes Buick, Chevrolet and Cadillac vehicles.

Sales rose 26 percent for GM cars under its mass-market Buick brand in the third quarter year-on-year, while those of Cadillac jumped 28 percent, GM said in a statement.

There had been signs emerging during the summer that business in China was picking up for multinational companies.

"China offered a model of recovery, stabilization and then growth," David Weinberg, chief operating officer of footwear maker Skechers USA, told analysts in July. While the California company's second-quarter sales were down 42 percent overall from a year earlier, they were up 11.6 percent in China.

For the year, China's GDP is expected to rise 1.9 percent, according to the latest forecasts by the International Monetary Fund. The IMF forecast that the US economy would contract 4.3 percent this year, and that of the eurozone was expected to fall 8.3 percent.

"What is remarkable about China's GDP numbers is that not only is it the only major economy growing, but it's also the only major economy which has managed to reverse all the COVID-19 damage within the year, which many countries will not be able to achieve by the end of 2021," Tom Fowdy, a British international relations analyst focused on Asia, wrote on Twitter.

Rob Subbaraman, global head of macro research at Nomura Holdings in Singapore, was quoted on Bloomberg.com as saying China's recovery is "an encouraging and hopeful message for the rest of the world. If you successfully handle the health crisis, your economy can recover."

China welcomes US companies to actively participate in its market and will strive to create a fair and just environment, the Ministry of Industry and Information Technology said on Monday, citing a meeting it held with companies including Qualcomm Inc and General Motors.

Xiao Yaqing, China's minister of industry and information technology, made the comments during a video meeting with a delegation of the US-China Business Council, the ministry said in a statement published on its website.

US executives participated in the meeting, along with leaders from the business council, the statement said, adding that Xiao also commented on how there were good market prospects in areas such as 5G technology and new energy vehicles.

Qualcomm, based in San Diego, California, is one of several US semiconductor makers that rely heavily on China for revenue, with 66.6 percent of its sales generated there, according to data tracker Tijori Finance in India. Much of Qualcomm's shipments go to factories that assemble smartphones and other products. Its major customers include Xiaomi, Lenovo and Oppo.

Micron Technology derives 57.1 percent of its revenue from China, and 11.9 percent from the US, according to Tijori. The Idaho-based tech company makes products such as USB flash drives. Broadcom and Texas Instruments draw more than 40 percent of their respective sales from China.

US technology companies are operating in an environment of tense US-China relations, with the US government taking steps to restrict sales of US technology to major Chinese companies, particularly Huawei Technologies Co and SMIC, China's largest semiconductor manufacturer, citing national security concerns.