BUSINESS Economic recovery firm in May

Economic recovery firm in May 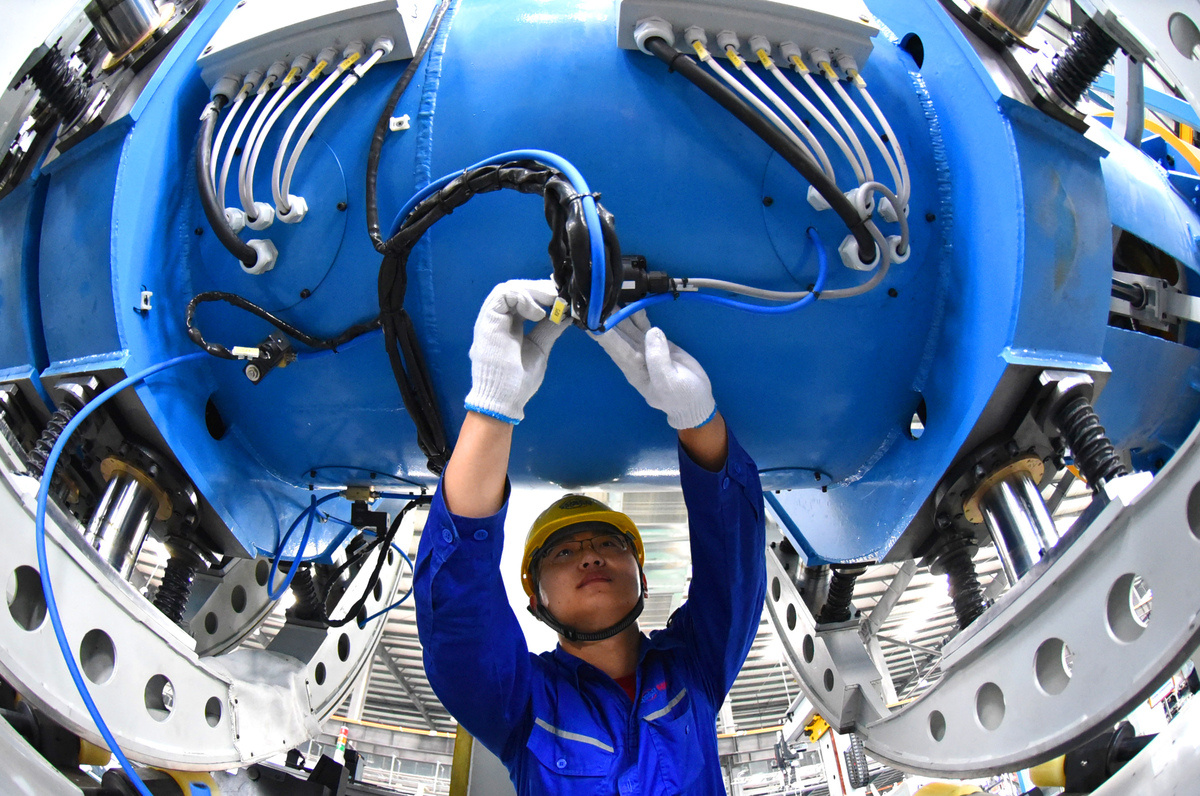 A technician works on the production line of LNG containers at a plant in Lianyungang, Jiangsu province. (Photo: China Daily)

Economic recovery continued to stabilize in China during May on better industrial output, consumption recovery and stable employment levels, according to official data on Wednesday.

Domestic demand recovered steadily in May, the National Bureau of Statistics said, adding that industrial output grew by 8.8 percent on a yearly basis. However, structural support is still needed in some areas to sustain the steady growth for the full year, officials and experts said.

Retail sales, an indication of consumption, grew by 12.4 percent on a yearly basis in May and by 0.81 percent on a monthly basis. The country's surveyed urban jobless rate came in at 5 percent last month, compared with 5.1 percent in April.

Fu Linghui, a spokesman for the NBS, said that consumption is expected to gather further strength as household incomes are rising, while the speedy vaccination and pro-consumption policies will further boost people's spending confidence.

According to Fu, the producer price index growth will not have a major impact on the consumer price index level. China's PPI rose by 9 percent on a yearly basis in May, the highest level in nearly 13 years.

He said that the 1.3 percent year-on-year growth in CPI in May was mainly due to the higher prices for nonfood products. China has abundant grains in stock and pork production capacity has been picking up, he said, adding that both will help ensure that the country will not witness surging CPI levels within this year.

Despite improvements, Fu said that it is worth noticing that uncertainties still exist in global economic recovery and COVID-19 containment. It is important to maintain the consistency, stability and sustainability of macro policies to help alleviate corporate burden, work hard on reforms and innovation and further unleash domestic demand potential to ensure that the major economic indicators move within a proper range.

"The economy has maintained steady recovery as confidence in investment and consumption has further improved," said Liu Chunsheng, an associate professor of international trade at the Central University of Finance and Economics.

He said that the pace of economic recovery has been moderate in May as uncertainties surrounding the COVID-19 epidemic remain, while the government has refrained from launching excessive stimulus programs that could trigger financial risks.

"Prices of production materials are expected to remain robust in the future, given the strong overseas stimulus, especially in the United States. It is critical for China to take preemptive actions such as improving the efficiency of production and accelerating the development of energy-saving industries," Liu said.