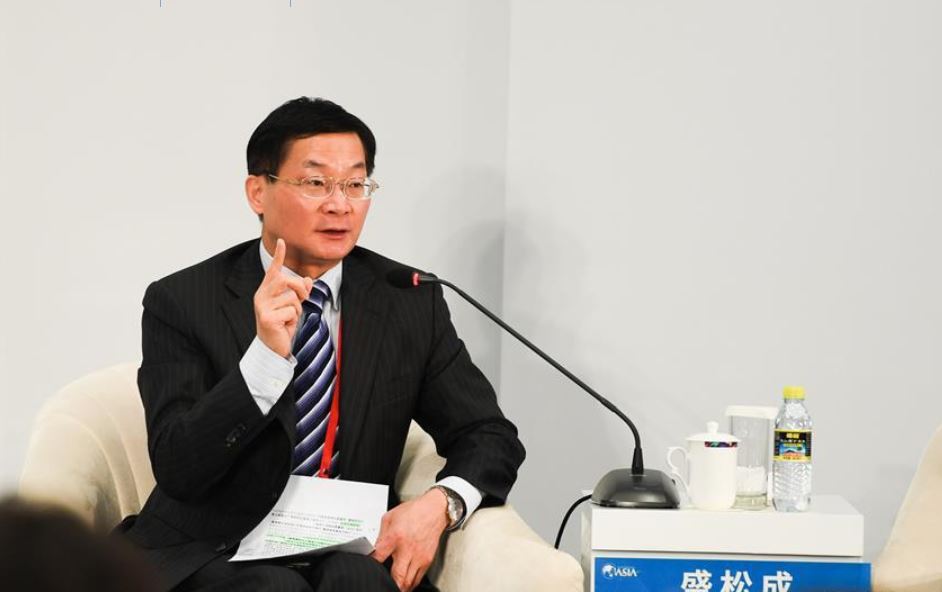 Sheng Songcheng, counselor to the People's Bank of China and executive deputy director of Lujiazui Institute of International Finance of China Europe International Business School, speaks at the session of "Blockchain: In Plain Words and In Practice" during the Boao Forum for Asia Annual Conference 2018 in Boao, south China's Hainan Province, April 10, 2018. (Photo: Xinhua)

BEIJING, Jan. 13 (Xinhua) -- China's economy is expected to remain steady in 2019 as the country rolled out a raft of fiscal and monetary policies to support the economy, economists and experts have said.

"It takes time for policies to make actual effects on China's economy after implementation," Sheng Songcheng from the People's Bank of China (PBOC) was quoted by Securities Daily as saying.

Sheng forecast that the country's economy will stabilize after the first quarter of 2019 and is likely to warm up in the second half of the year.

China's gross domestic product (GDP) expanded 6.7 percent year on year in the first three quarters of 2018, above the government's annual growth target of around 6.5 percent.

Sheng also said the growth of the M2, a broad measure of money supply, is expected to rebound in 2019 with the upgrade of investment structure, the acceleration of industrial transformation and upgrading, and the growth of services consumption.

The M2 growth was flat with that registered in October 2018 and 1.1 percentage points lower than that of the same period a year earlier.

Zhu Baoliang, an economist with the State Information Center, said the structure, quality, and efficiency of China's economy have made some progress and the financial risks have also been partly released.

To maintain stable economic growth, China may take measures such as further reducing taxes and fees, and expanding fiscal budget deficit, among others, some experts said.