BUSINESS Economy likely to pick up, though pain may linger for some

Economy likely to pick up, though pain may linger for some 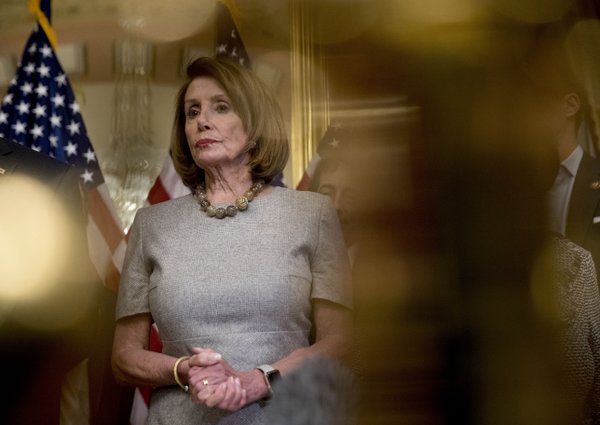 House Speaker Nancy Pelosi of Calif., accompanied by House Democratic members, listens to a reporters question after signing a deal to reopen the government on Capitol Hill in Washington, Friday, Jan. 25, 2019. (Photo: AP)

The US economy will likely resume its steady growth now that the government has reopened, though economists say some scars — for the nation and for federal workers — will take time to heal.

Most analysts estimate that the 35-day partial shutdown shaved a few tenths of a percentage point from annual economic growth in the first three month of 2019. They say growth should pick up in the coming months, though some of the money federal workers and contractors didn’t spend in the past five weeks — on such items as movie tickets, restaurants and travel — will never be made up. Having gone without two paychecks, many federal workers were forced to visit food banks or to borrow money. Federal workers will now receive backpay, though some contractors might not.

President Donald Trump agreed to reopen the government for three weeks after having forced the shutdown in hopes of compelling Democrats to approve billions for a wall on the Mexico border. Trump failed to secure any such money.

During the shutdown, a shortage of airport security and air traffic controllers disrupted travel at such major hubs as LaGuardia Airport in New York and Newark Liberty International Airport in New Jersey. The pressure on Trump to reopen the government intensified Friday after a delay of about 3,000 flights by mid-afternoon because six of 13 air traffic controllers didn’t show up to work at a critical center in Virginia.

S&P Global Ratings estimates that the economy lost $6 billion because of the government closure — a sizable but relatively negligible sum in a $19 trillion-plus US economy.

Still, the damage isn’t likely to lift immediately. And some federal employees had expressed anxiety during the shutdown about the stability and security of their jobs. The most skilled or talented among them may be likelier to leave government service, a potential problem for an economy already facing worker shortages in some areas.

Job searches by employees at multiple federal agencies jumped during the shutdown, according to clicks tracked by the jobs site Indeed. Employees who had gone unpaid at the Department of Homeland Security, Census Bureau, the IRS and the Transportation Safety Administration were much more likely to be hunting for a new job compared with the past two years of searches.

One lingering risk is if Trump chooses to shutter the government again after the three-week agreement lapses on Feb. 15. Should that occur, it would sabotage consumer confidence and hurt the economy, predicted Mark Zandi, chief economist at Moody’s Analytics.

“It would wipe out confidence,” Zandi said.