In 2019, all eyes are on China for signs of economic growth. Against the backdrop of mixed voices on a complicated international situation and downward pressure on the economy, experts are seeing steady growth. 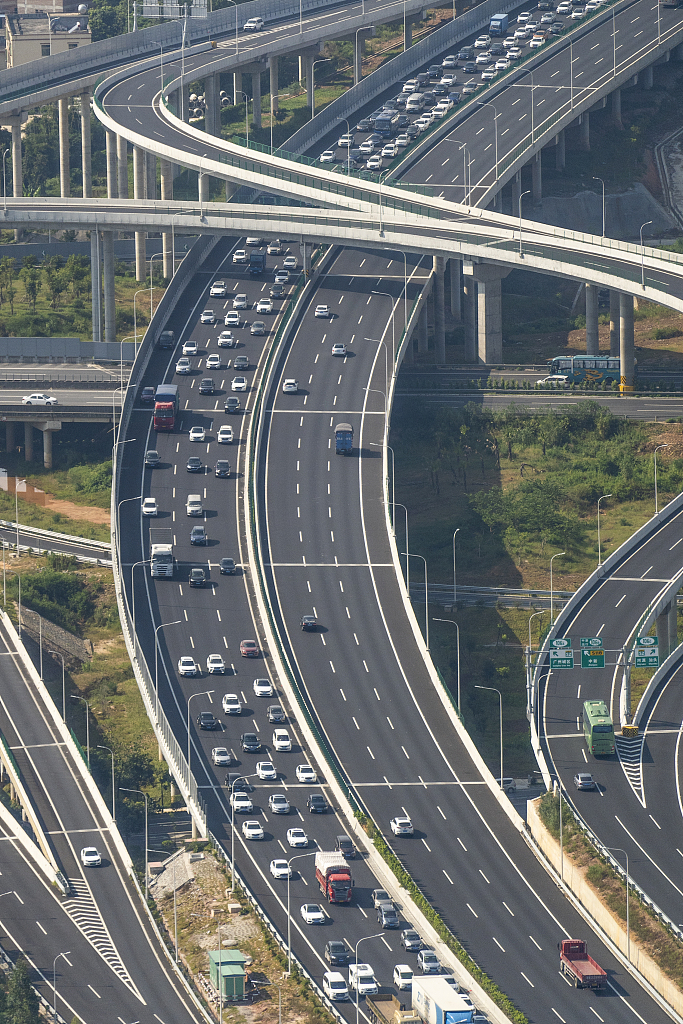 China's economy has steadily moved from a high-speed growth stage to a high-quality development stage, and the quality of economic development continues to improve.

“Since 2015, GDP growth has stabilized between 6.5 percent and 7 percent for 15 consecutive quarters, total productivity has continued to rise, and the process of economic transformation has steadily advanced. From the relationship between employment and prices, the actual economic growth of China is basically consistent with the potential growth rate, and the core economic indicators are also relatively aligned,” Li Wei, director of the Development Research Center of the State Council, said at an annual conference of think tanks on Sunday.

Talking about challenges, Li said the government needs to focus on problems including difficulties in the real economy, pressure on employment, the vitality of the market micro-players, challenges in industrial upgrading and profound changes in the international environment causing new challenges.

The pressure on the macroeconomic situation in 2019 could be remarkable, but China has built up a huge buffer to fall back on and deep experience in managing the economy. For this reason, the resilience of China’s development is strong, Li said.

Meanwhile, China is in a good position for long-term development and important strategic opportunity while keeping its growth rate within a reasonable range.

Several institutions have highlighted positive changes and signals in the outlook for China’s economic growth in 2019.

In a report on Investor Sentiment Survey, the Cheung Kong Graduate School of Business (CKGSB) says that the country’s economy is expected to remain stable and the capital market is expected to bounce back. According to a survey in the report, the number of people anticipating a sharp decline in A shares has dropped.

HSBC predicts that China will take "three-pronged" measures in 2019 to stimulate domestic demand and boost the economy. China's economy is expected to stabilize and recover in the second half of the year.

Standard Chartered Bank predicts China's economy will rebound moderately in the first quarter after a policy push in 2019. China will make full use of the available tools to maintain economic growth between 6.0 percent and 6.5 percent in 2019.

Lian Ping, chief economist at the Bank of Communications, predicts that domestic and foreign demand will weaken at the same time, growth momentum will slow steadily, and economic growth will slow slightly in 2019. Even though the downward pressure on the economy is relatively bigger, the fundamentals are good.

Zong Liang, a senior researcher with the Bank of China, believes that in 2019 the world will see monetary policy shift in developed economies and financial market turmoil in emerging economies will continue. The global economy may have entered the tail stage of this round of recovery. The Chinese economy is in a critical period of a “great adjustment.” This "big adjustment" process may last for 3-5 years. Macroeconomic policy makers should pay close attention in order to avoid external shocks and "big adjustments" acting together to cause a rapid decline in economic growth. It is expected that China's economic GDP growth rate will slow down slightly in 2019 compared with 2018.

According to China's macroeconomic quarterly model, China's GDP growth rate could be 6.3 percent in 2019, the Economic Blue Book published by the Chinese Academy of Social Sciences said.