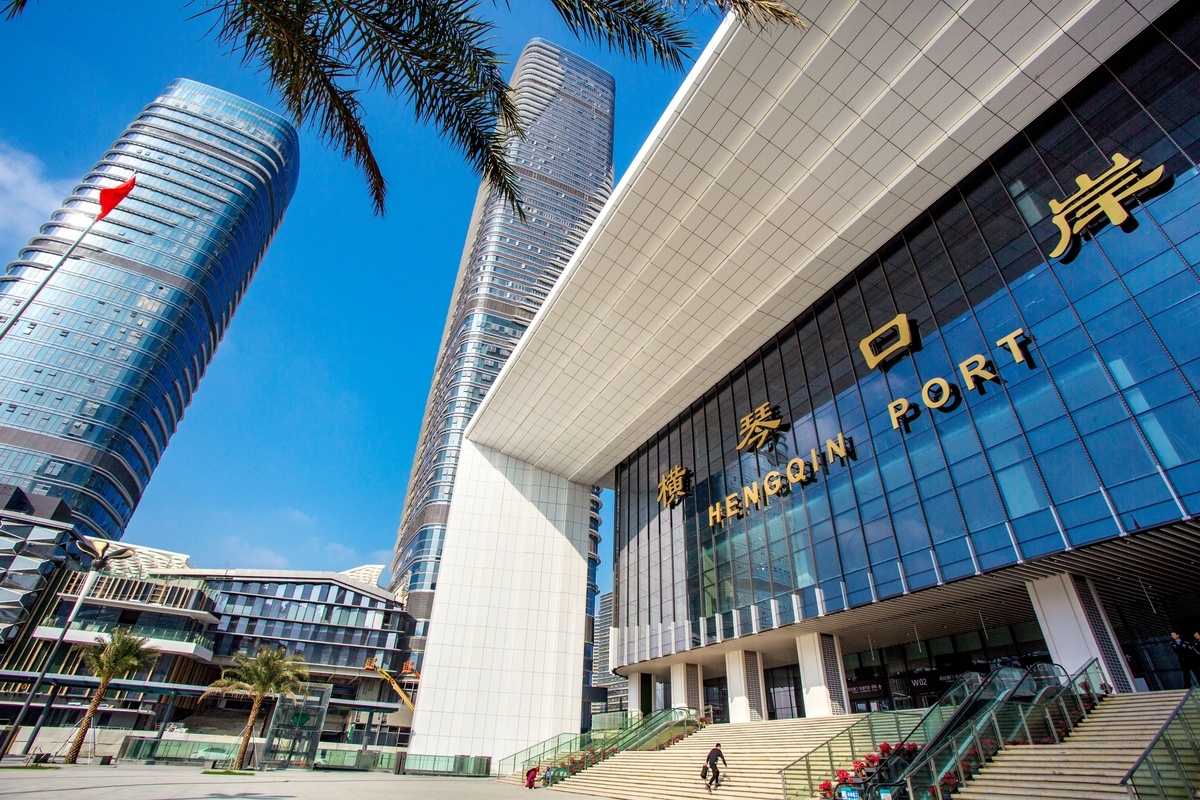 The new Hengqin Port between Macao and Zhuhai officially opened on Tuesday. [Photo provided to chinadaily.com.cn]

The new Hengqin checkpoint, wedged between Zhuhai, Guangdong province, and the Macao Special Administrative Region officially opened to the public on Tuesday.

The checkpoint is a key infrastructure project of the exchange and integration of the Guangdong-Hong Kong-Macao Greater Bay Area. Operating around the clock, it can handle up to 220,000 people a day and 80 million a year.

The new checkpoint uses an innovative customs clearance system known as "joint inspection and one-time release". The facilities of Macao and Zhuhai are connected, so travelers can identify themselves in just one place, cutting clearance time to about 30 seconds. 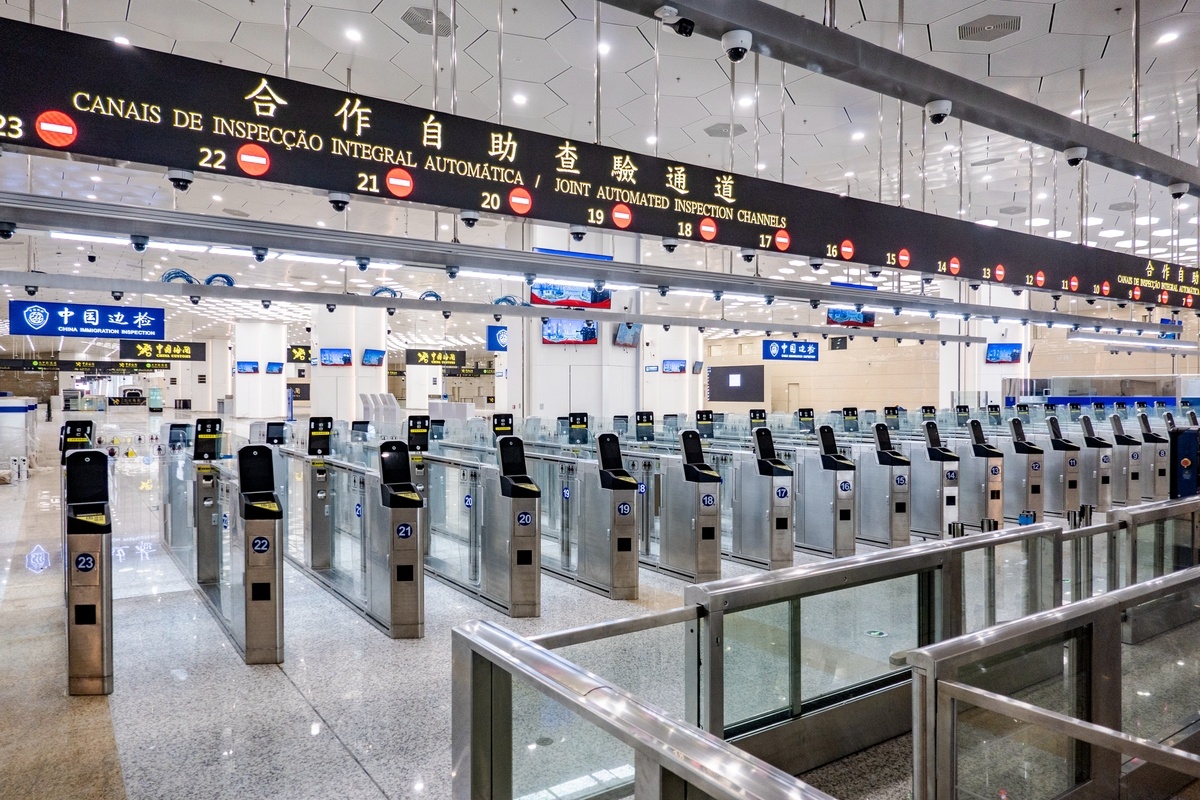 The inspection system at the new Hengqin checkpoint is called "joint inspection and one-time release". [Photo provided to chinadaily.com.cn]

Previously, it took about 30 minutes to pass through two inspections, one at Macao's Lotus Checkpoint and the other at Zhuhai's old Hengqin Checkpoint. And passengers were required to take shuttle buses across the Lotus Bridge.

With the new checkpoint, passenger clearance services are combined.

New clearance channels for vehicles are expected to complete in the second phase of construction next year.