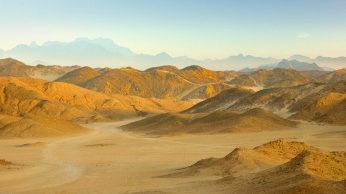 Egypt plans to launch a round of bid for gold exploration in the Eastern Desert in the first half of March, state-run Ahram Online news website reported Sunday.

Investors will start to bid on blocks which will be awarded to them in four months after the bid round is launched, according to an Egyptian official at the mineral resource authority.

The Eastern Desert in Egypt is believed to be highly mineral-rich as it is part of an area known as the Arabian-Nubian shield, a geological feature that stretches from Saudi Arabia and Yemen in the east to Sudan and Egypt in the west.

In January, Egypt issued new regulations that apparently eliminate the need for mining companies to form joint ventures with the government and limit state royalties to a maximum of 20 percent.